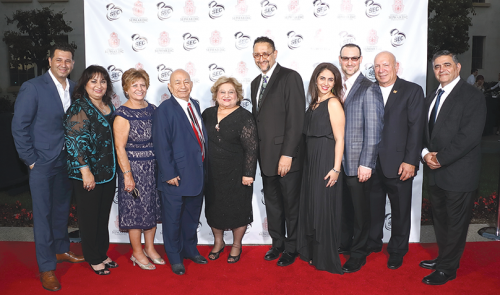 The gala features dinner under the stars, a silent auction, program and screening of the feature film “God’s Neighbours.” The SEC will honor Michael Morhaime, co-founder and former CEO of Blizzard Entertainment, with the Sephardic Legacy Award, and community activist Nira Sayegh with the Maimonides Leadership Award. Morhaime is a past alumnus of the SEC programs and grew up attending the Sephardic Temple Tifereth Israel. Sayegh will be recognized for her many years of work on behalf of SEC as an executive board member, as well as on the boards of other Jewish organizations.

The Cinema Sepharad Award will be presented to Shaun Toub and the Apple+ Series “Tehran,” which is entering its third season. “Tehran” received a Best Drama Series Award at the 2021 International Emmy Awards.

Jewish Journal publisher and editor-in-chief David Suissa will serve as master of ceremonies for the opening night gal. The Los Angeles Sephardic Film Festival brings the unique stories and culture of Sephardic Jews to the big screen. Established in 1997 by the SEC, the festival’s diverse schedule of films promotes messages of tolerance, dialogue and understanding between people of different cultures.

Following the opening night gala, the festival continues with screenings from Nov. 15-20 at the Lumiere Music Hall Theater, 9036 Wilshire Blvd., in Beverly Hills. The films will highlight Sephardic communities in Morocco, India, Israel, Iraq, Bulgaria and Rhodes. All proceeds from the festival support SEC programs and scholarships.

Walk to End Alzheimer’s steps off at Los Angeles Zoo