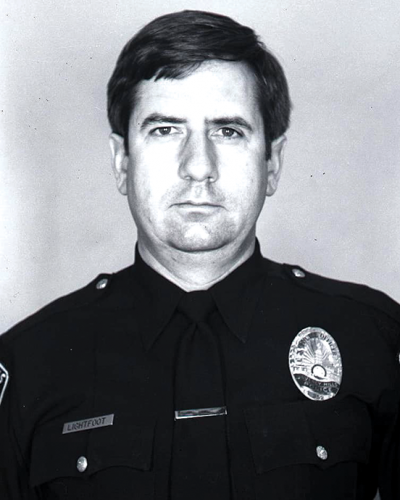 During almost 50 years with the Beverly Hills Police Department, retired officer Albert H. Lightfoot, who died on Nov. 27, received multiple awards for his service. (photo courtesy of the BHPD)

Lightfoot began his law enforcement career as a jailer in 1973, and he worked as a reserve officer and an identification technician before becoming a BHPD officer in 1980.

He receieved several awards for his work with the department, including the Felix Rothschild Award in 1988 for Meritorious Service and the Rotary Club of Beverly Hills Officer of the Year Award in 1992.

Even after his retirement from the department in 2011, Lightfoot remained dedicated to the department, spending countless hours as a part-time employee and volunteer.

In 2014, the department created the Albert H. Light Award to recognize his tireless work ethic and dedication. A permanent plaque at the station displays all of the names of those who received the award.

“He was the ultimate gentleman. Professional, dedicated, never ever saying a bad word about anyone,” read a Nov. 27 Facebook post by the Beverly Hills Retired Police Officers Association. “He will be missed. R.I.P., our friend.”