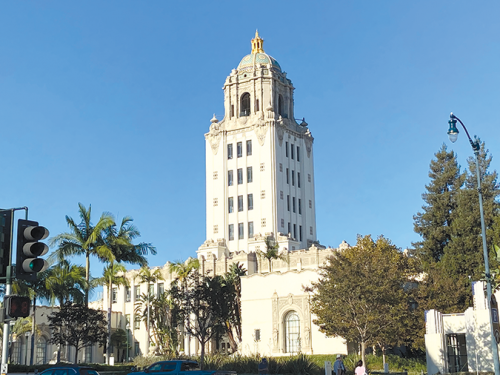 The Beverly Hills City Council has approved a 12-month pilot program to enhance homelessness services in the city. The city has allocated $664,958 to purchase updated case management software, hire a homelessness consultant and expand outreach services.

Under the expanded outreach program, the Beverly Hills Outreach Team will work from 8 a.m.-9 p.m. Monday-Friday, and hire an additional outreach specialist to work from 8 a.m.-5 p.m. on weekends. BHOT is contracted through Step Up on Second, a homelessness services organization based in Santa Monica.

Additionally, the city will hire two outreach and security professionals from the private security firm Nastec to respond to overnight non-emergency calls for a six-month pilot period.

Some council members were concerned about expanding the city’s outreach services without adequate data about the city’s unhoused population.

“The problem I have is with the expansion of coverage at this point in time,” Vice Mayor Julian Gold said. “I’m not opposed to putting more resources towards it if it’s necessary, but I just don’t think we have enough data right now.”

Councilman John Mirisch said that he would like to see more detailed data collected about the city’s unhoused population, including whether they have refused services and why. Compiling more information about the city’s unhoused population could give a better picture of what causes people to end up on the street, and how the city could better assist them, Mirisch said.

Kevin Connor, lead outreach coordinator for BHOT, said the city’s outreach workers compile personal information about the city’s unhoused residents, including their name, date of birth, what brings them to Beverly Hills and whether they have any history of drug or alcohol abuse.  Using new software called Apricot 360, outreach workers will be able to better synthesize and share detailed information about the city’s unhoused population.

“[Apricot 360] will include everyone in the city who provides outreach services. We’ll all enter data in to that program,” Connor said.

Mirisch also asked why the council is allotting approximately $420,000 for the six-month Nastec contract but not spending as much money on contracts with organizations like PATH and Step Up on Second, which have a proven record of helping unhoused residents in Los Angeles County.

Community outreach manager Stephanie Harris said that the recommendations are aimed at addressing a short-term need for improved services while the city works to draft an overarching homelessness plan that includes sheltering the unhoused.

“Longer term, what we really need is a place to take our homeless at nighttime so they have a place to go when the shelters are closed,” Harris said.

Gold said that while he supports the pilot program, he thinks the city should define the metrics of success before investing money again.

“I do think that part of it has to be a very clear understanding of what are we looking for? What are the metrics of success of this program? Are we providing more services? Are they better services? Are people getting better?” Gold asked.

The council also approved a $30,000 contract with Abby Arnold, a consultant who has worked with nonprofit organizations and cities including West Hollywood on improving homeless services.

Arnold will work with an ad-hoc group of council members to more closely study the issue, streamline services and avoid a duplication of efforts, Harris said. Arnold could also help find a solution to sheltering unhoused residents at night, she added.