This game is our national nectar 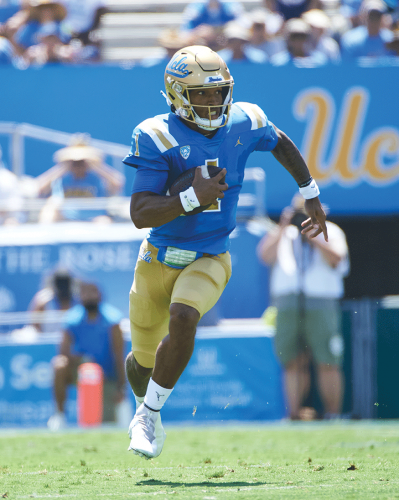 Are sports fans ever happy?

As you may remember, in the 17th century, every educated man could play the lute. Now what do we have? Golf? Sudoku? Netflix? We’re evolving the other way.

I once set my shoe on fire at a tailgate party – not intentionally, yet it lent to the proceeding a Renaissance gusto. I wasn’t playing the lute exactly, but I was stutterstepping around with a fiery purpose, as you would to celebrate a harvest in olden times, back when harvests really meant something.

I mean, don’t harvests always mean something? Sadly, not anymore.

But we do have tailgates, thankfully. Burn, baby, burn…

Here’s to the tailgaters and their harvests. Here’s to indelicate pagan rituals and socially insatiable friends, the Chardonnay Moms and their lumpy husbands, their kids, their pals, their dogs.

There’s a playfulness to tailgates, an impish impunity. In the epistemic scheme of things, tailgates are one step away from a good food fight: smeary, excessive, decadent.

In many regions, you can discover the changing seasons in the honking of passing geese or in the Technicolor of the trees. In L.A., the coming fall is more nuanced. The ocean chills, the lifeguards go back to college. News anchors put on sweaters. Shadows lengthen. L.A. may be the only place that, in September, the sun gets even hotter, even as it gets lower in the sky.

So here, we find fall in the bubbles of a keg, the winking reflection of the tubas, or the cartoonish way the poor bass drummer leans back, like Morganna the Kissing Bandit, to offset his overloaded shoulders. Then bang! Boom! Football!!!

This game is our national nectar. I like it less and less for the violence and more and more for what it does to us as human beings in need of play time. In need of one another. In need of lighter, more-nimble hearts.

This reshuffling of the conferences troubles me, of course.

As Ray Bradbury said, “I don’t try to describe the future. I try to prevent it.”

Change baffles me – I seldom see the point. The collapse of the West Coast’s conference, the Pac-12, puts us at the mercy of squarefaced carpet-baggers from the Middle West. Outsiders are almost always exploitive, whether they’re hedge funds taking over newspapers or conferences swallowing other conferences.

It’s a shameless money grab, a prostitution of the soul. I don’t like it much. In fact, I loathe it. But what are you going to do, cry? Crying is for losers, as a big loser once said. Onward, upward. Hut. Hut. Fake the handoff and throw long.

These carpet-baggers can’t ruin our tailgates, that’s for sure. At a venerable SoCal stadium, we play this one game with coins that I can’t even tell you about, it violates too many local ordinances, even in California, where laws are very fluid and no one’s been arrested in three years.

Look, I’d rather put poodles up my nose than attend one more schmoozy cocktail party. But a tailgate party is different – the least-stuffy, most-spontaneous social event we know.

At a tailgate party, you can dress any way you like, except nicely. You can plop buffalo horns on your head and fall to the ground, on your butt or your belly. Guests come and go at any time. You avoid the worst thing about parties: the long goodbye. You drink from the worst plastic cups. If you spill the onion dip, who cares?!

Of all the sports, football most resembles kindergarten.

The majestic Rose Bowl stadium was designed in 1921 by the architect Myron Hunt, and it was built in 1922. UCLA has called the stadium home since 1982. (photo courtesy of the Rose Bowl)

In preparation for a tailgate, I make lists for days — of marinades and meats to bring, of all the stuff to remember – “BLOODY MARY MIX!!!”

I swear, Miller could DJ the apocalypse and everyone would still have a pretty decent time. Anyway…

The way others gush over Hawaii, or a Botticelli, or new countertops … that’s how I gush over tailgates. It’s a visceral connection, really. An impulse meets another impulse, and off they go to nurture other impulses. A party begins.

A tailgate doesn’t need to be big. A guy and a chair and a sub sandwich can be a tailgate, in many ways, that’s superior to a fancy tent with shiny people with bitchin’ hair … silver serving trays …tongs.

Yes, a tailgate can actually be too nice. The idea is to wiggle your toes in the grass, to spill the onion dip on your knee.

So, here’s to memorable moments and an autumn to remember — the walks to the stadium, the drum lines, the dopes like me, who in the sun-dappled light and the muddy-charcoal air, find something greater than mere touchdowns.

A chance to huddle up.