The beauty that is The Wallis 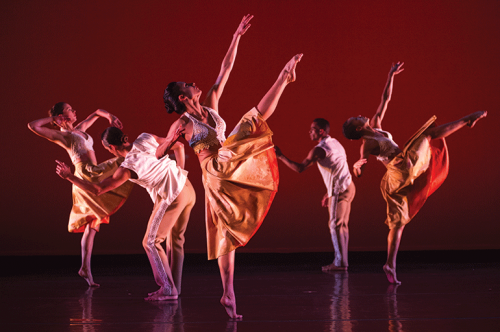 The Wallis Annenberg Center for the Performing Arts’ 2022-2023 season is brimming with a robust and distinctive range of events, programs and performances from a variety of well-known artists and creators, including Pat Benatar, Neil Giraldo, Bradley Bredeweg, Thelma Houston, Stephanie J. Block and Reza Aslan. “I am beyond excited that, once again, The Wallis is able to bring local, national, and international artists to the Beverly Hills community thanks, in large part, to the support of our audiences, board of directors and fantastic neighborhood partners, as well as the Beverly Hills City Council, led by Mayor Lili Bosse,” said Coy Middlebrook, associate artistic director of The Wallis.

Among the world premieres is “Invincible: The Musical,” featuring the music of Benatar and Giraldo. The play reimagines William Shakespeare’s “Romeo and Juliet” and transports it to the 21st century with music from the Grammy-winning duo. The book is by Bredeweg, who created the television series “The Fosters” and “Good Trouble.” “Invincible” will run Nov. 22-Dec. 17. Another world premiere will be “Shanghai Sonatas,” a new musical in concert that will present from March 16-18, 2023. Produced by Xiang “Sean” Gao, the show aims to showcase how music builds bridges across cultures.

“In addition to The Wallis producing and presenting many exceptional locally-based artists this season, it will be the first time since 2019 that The Wallis will host acclaimed national artists, such as Ballet Hispánico, Alonso King Lines Ballet and The Mambo Kings, as well as an international production – Wise Children’s ‘Wuthering Heights,’ adapted and directed by Emma Rice,” Middlebrook said.

“Wuthering Heights,” a Los Angeles premiere, will perform at The Wallis from Jan. 11-22, 2023. The West Coast premiere, meanwhile, of “My Lord, What a Night,” a drama about the real-life friendship between physicist Albert Einstein and Black contralto Marian Anderson, will hit The Wallis stage from May 20-June 11, 2023.

“I am always so taken when I return by the sheer beauty of our campus and facilities. It inspires me to continue to work with our numerous community partners to celebrate the gift that is The Wallis. Whether it’s outside on our promenade terrace with Sunday Funday, our free monthly family programming, or inside in the Bram Goldsmith Theater, our crown jewel, or the intimate Lovelace Studio Theater, our audiences have the opportunity to engage with performing arts in the most gorgeous and welcoming of settings,” Middlebrook said.

For tickets and information, visit thewallis.org.