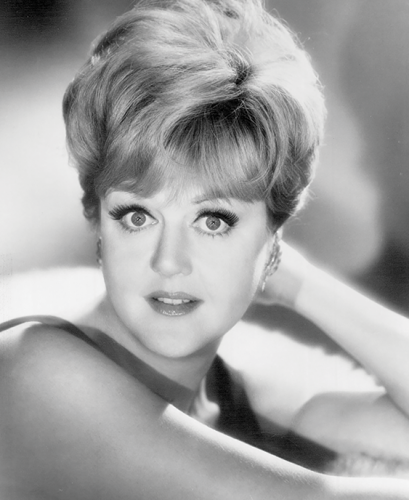 Flowers for Walk of Famer Dame Angela Lansbury were placed on her star at 6623 Hollywood Blvd., to commemorate her death on Tuesday, Oct. 11, at the age of 96. She died just five days short of her 97th birthday.

“Sadly, we have lost another Walk of Famer. Beloved actress Angela Lansbury has passed and Hollywood is again in mourning for the loss of another one of our very talented performers.  We send our condolences to her family,” Walk of Fame producer Ana Martinez said. “Luckily, we will always have footage of her work in the entertainment archives.”

Lansbury began her acting career after moving to the United States from England during World War II. She signed with MGM in 1942 and became a popular motion picture star, earning Oscar nominations for “Gaslight,” “The Picture of Dorian Gray” and “The Manchurian Candidate.” She also appeared in “The Harvey Girls,” “The Court Jester,” and “Blue Hawaii.”She was given an honorary Oscar in 2013.

She became well-known to several generations of children with the live-action “Bedknobs and Broomsticks,” but especially for voicing Mrs. Potts in “Beauty and the Beast,” in which she also sang the title tune.

She was a popular Broadway star as well, winning a Tony for the title role in “Mame.” She later received additional awards for “Dear World,” “Gypsy,” “Sweeney Todd” and “Blythe Spirit.” Just this year, Lansbury won a lifetime achievement Tony Award.

Lansbury was perhaps best-known for playing Jessica Fletcher on the television series “Murder, She Wrote,” which lasted from 1984 to 1996, in addition to several television films. She was nominated for an Emmy for each season of the series, although she never won. 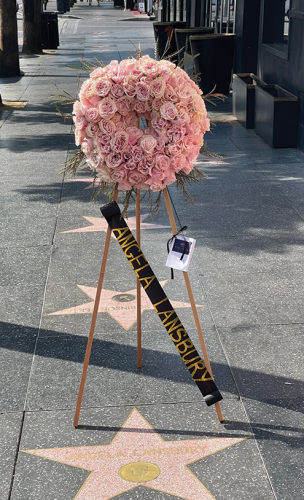 Hollywood paid tribute to Angela Lansbury with flowers on her Walk of Fame star. (photo courtesy of Ana Martinez)

“I was fortunate to have seen Dame Lansbury twice on Broadway, and she was even more captivating on stage as she was on television and film. What an amazing presence,” Drescher said. “She was an inspiration both on and off stage, and I was personally a huge fan. Thank God she lived a good, long life as we were all blessed to bask in her light. I’m grateful that her body of work lives on to inspire generations to come. I will miss you terribly, Angela, you were one in a mil.”

“You know, over the past 54 years, I‘ve been fortunate enough to have worked with some of the greatest talents in the business: actors, directors, producers, composers, lyricists and animators,” Lansbury said upon receiving her SAG Lifetime Achievement Award. “And wonderful craftspeople: crews, carpenters, lighting technicians [and] cameramen. It has been an outstanding life, especially for me. I just love actors. I love the creative environment of our work.”

Lansbury’s star at 6623 Hollywood Blvd. is for her work in motion pictures and was placed on the Walk of Fame when the walk was completed on Feb. 8, 1960. She also has a second star in the category of television located at 1501 Vine St.