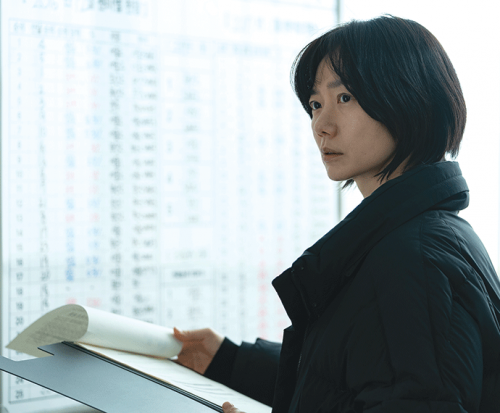 “Next Sohee” follows high school student Sohee (Kim Si-eun), who starts training at a call center, and Detective Yu-jin (Bae Doo-na), who is investigating a mystery. (photo courtesy of KCCLA)

The Korean Cultural Center Los Angeles is holding a special screening of the South Korean film “Next Sohee” with director and screenwriter July Jung on Friday, Oct. 21, at 6 p.m. in the James Bridges Theater at UCLA.

The screening is part of a series involving classes with the filmmaker at Southern California universities including Chapman University and University of California, Irvine. The screening at UCLA is the only event open to the public.

“Next Sohee” is part of the Korean Cinema Touring Program, which seeks to introduce Korean films to students. The program evolved from the Korean Film Promotion Project, which began in 2015 and was based on years of master class experience conducted by the KCCLA. The project’s mission is to promote and raise awareness about Korean films.

Director Jung was selected to participate, along with director Park In-Young, who will present screenings and discussions in November. For “Next Sohee,” the discussion will center on metaphors in the film, as well as behind-the-scenes stories and filming and lighting concepts.

“Next Sohee” is a story about high school student Sohee (Kim Sieun), who starts training at a call center, and Detective Yu-jin (Bae Doo-na), who is investigating a mystery. It was the first Korean film to be selected as the closing film of the Cannes Film Festival, and was invited to the 27th Busan International Film Festival.

“We are happy to continue our mission of promoting appreciation for and understanding of Korean films and spreading the base of Korean films to film students at leading universities in the U.S.,” KCCLA director Sangwon Jung said.

“We hope the excellence of Korean films will be better known in the U.S.” Anyone interested in Korean films is encouraged to RSVP for the Oct. 21 screening. The James Bridges Theater at UCLA is located at 235 Charles E. Young Drive West. For information and reservations, visit kccla.org.