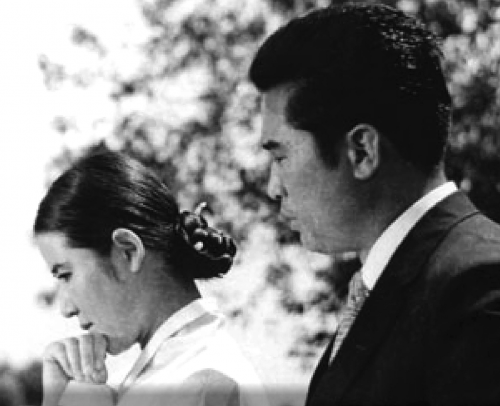 Shin Sang-ok’s “Mother and Guest” will be shown on Oct. 15 at 6 p.m. as part of a series at KCCLA. (photo courtesy of KCCLA)

The Korean Cultural Center Los Angeles, Los Angeles County Museum of Art, GYOPO and the Korean Film Archive present a special screening of “The Space Between: Golden Age of Korean Cinema” on Saturday, Oct. 15, at 3 and 6 p.m., and Saturday, Oct. 22, at 3 and 6 p.m. at KCCLA. The screening is being held in conjunction with the LACMA exhibition “The Space Between: The Modern in Korean Art.” Join KCCLA for a selection of cinematic gems from the modern era, a period from 1954-1972 bookended by war and a period of film censorship. Some of the most well-regarded films in Korean history were produced during the period.

The program will include two double features highlighting the work of four of the most influential Korean directors: Kang Daejin, Kim Ki-young, Shin Sang-ok and Yu Hyun-mok. They cemented filmmaking as a legitimate artistic medium in Korea, allowing for the modernizing country to disseminate its unique worldview on an international stage.

KCCLA plans to hold a symposium in February dedicated to the golden age of Korean cinema. It will be organized by GYOPO and co-presented by LACMA and the UCLA Center for Korean Studies.

KCCLA is located at 5505 Wilshire Blvd. Admission is free. For information and reservations, email rsvp@kccla.org.