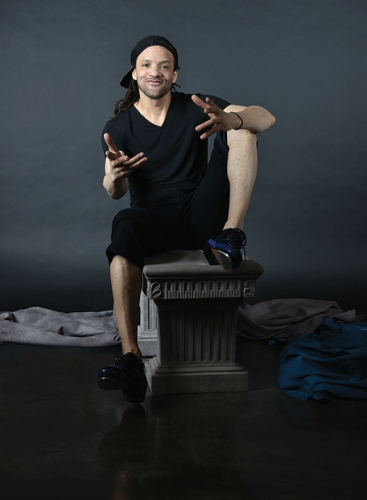 MUSE/IQUE continues its adventurous yearlong concert series, “L.A. Composed: A Festival of Los Angeles Music with Grand Avenue” led by artistic director Rachael Worby and featuring the returns of Savion Glover, named by Dance Spirit magazine as one of the 13 best tap dancers in history, and Charles Yang, recipient of the 2018 Leonard Bernstein Award.

“Grand Avenue” will perform on Oct. 6 at 7:30 p.m. at The Huntington in San Marino and Oct. 9 at 7:30 p.m. at the Skirball in Los Angeles. Each concert of the “L.A. Composed” series focuses on a different street and the music associated with it.

Bolstered by the MUSE/IQUE orchestra, artistic director Rachael Worby brings to life some of Grand Avenue’s biggest musical moments and stories in this epic performance. Among the program highlights is Glover and Savion’s crossover duet of Vivaldi’s “Four Seasons”.

From the worldwide influences of L.A.’s earliest days to the world stage that our city has become, the musical history of Downtown Los Angeles is like a perpetual renaissance. Seemingly against all odds, its artists always find surprising ways to reinvent themselves, their art and their community.  This performance captures the sprawling grandness of Grand Avenue, from Chinatown, Olvera Street, past the Music Center, Cathedral of Our Lady of the Angels, government buildings, Grand Park, Colburn School, Museum of Contemporary Art, The Broad, historic Pershing Square and Angel’s Flight, then all the way to L.A. Memorial Coliseum, home to the 1932 and 1984 Olympics.

The Huntington is located at 1151 Oxford Road, San Marino. The Skirball is located at 2701 Sepulveda Blvd. For admissions and information, visit museique.com.