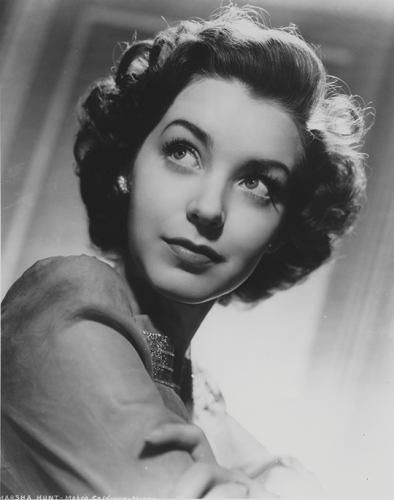 Marsha Hunt may not be a name all movie fans are as familiar with as some of her contemporaries, including Humphrey Bogart, Katharine Hepburn and Gene Kelly. But like these megastars, Hunt took a stand during the Communist red scare in the late-1940s and early-1950s. Unlike these bigger names, she paid the price for her stance and her career was nearly ruined. On Sept. 7, Hunt passed away at the age of 104.

Born in Chicago on Oct. 17, 1917, Hunt’s family later relocated to New York, where she found modeling work. This ultimately led to a contract with Paramount Pictures in 1935 when she was just 17 years old.

While Paramount terminated her contract in 1938, Hunt continued to find work in Hollywood. At one point, she was a leading candidate for the role of Melanie Hamilton in “Gone with the Wind,” but she lost out on that part to Olivia de Havilland. She then signed a contract with MGM, and took on supporting roles in movies like “Pride and Prejudice” and “The Valley of Decision.” She had the starring role in the 1944 film “None Shall Escape,” which is cited as the first film to address the Holocaust.

“[The film] presaged the Nuremberg trials in which she played a woman previously romantically involved with a Nazi officer until she realizes his true nature,” said Richard Adkins, the co-producer and co-writer of the documentary film “Marsha Hunt’s Sweet Adversity.”

Adkins went on to say that Hunt wanted to be an actress, not a star.

“Marsha was always a different kind of star. In describing her own reaction to ‘stardom’ said her response to her craft was a desire to inhabit characters who were varied and different, and not to be the kind of movie star who played the same role as a way to solidify an ‘image’ which then could be marketed instead of acting skill,” Adkins said.

Hunt became a board member of the Screen Actors Guild in 1945. In 1947, Hunt and her husband, screenwriter Robert Presnell, Jr., joined the Committee for the First Amendment. This was in response to the formation of the House Committee on Unamerican Activities, which sought to eliminate communist influences from the country. Film industry professionals were targeted, with the committee singling out individuals who had been members of or had associations with Communist party groups. Some accused were blacklisted by Hollywood. Oscar-nominated actor John Garfield died not long after he refused to “name names” to the committee and his career was kneecapped.

Hunt and Presnell participated in a star-studded protest on Washington, D.C., alongside luminaries like John Huston and Lauren Bacall, and joined a radio program called “Hollywood Fights Back.”

She was named in the anti-Communist publication “Red Channels” in June 1950 as a potential Communist or Communist sympathizer. Just three months prior, she had graced the cover of LIFE Magazine, her career seemingly on the rise. After the publication, her career largely came to a halt. She also lost her place on the SAG board.

She found work in television, but her thriving film career never reached its previous heights.

“Instead of cooperating with those seeking to increase their own influence – and incomes – Marsha took as many acting jobs as she could while also using her celebrity to campaign for care for refugees, and the [United Nations] and later for homelessness and hunger,” Adkins said.

Hunt concentrated her energies on humanitarian causes, serving with organizations like UNICEF. She was on the board of directors for the San Fernando Valley Community Mental Health Center and raised funds for a daycare shelter for homeless children. Sherman Oaks named her the city’s honorary mayor in 1983.

Adkins said it is Hunt’s philanthropy that will be best remembered.

“Marsha’s legacy is that of one of the first celebrities who expanded the role of celebrities as spokespersons for causes. Prior to Marsha, stars, like Carole Lombard, were employed to sell war bonds and to encourage the acceptance of the payment of income tax. Marsha expanded this practice of influence into international care for war refugees, world hunger and more,” Adkins said.

“My life has been a great ride with more than its share of high points,” Hunt once said. “Even the lower points taught me and led me to higher ones. In my teen years, I thought I was born to act, but when my acting career was interrupted, I discovered a wonderful world of challenges, which became opportunities, opening up my life far beyond acting. I am very grateful for all the good fortune I have been given in my blessed life.”