Snow White’s Larchmont cottage could be your wish come true 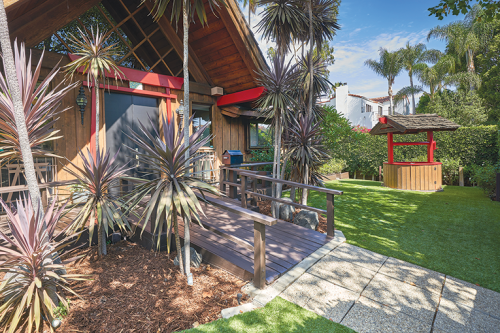 Adriana Caselotti never became a household name, but her voice was one of the most recognizable in film history. Caselotti portrayed Snow White in the first full-length animated Disney film, 1937’s “Snow White and the Seven Dwarfs.” Twenty-five years after her death in 1997, her Japanese-inspired Larchmont cottage is on the market again.

A cottage, of course, was a fitting home for the original Disney princess, but Caselotti’s career did not ascend into stardom. She was only 18 years old when she recorded her part in the movie, for which she was uncredited.

Caselotti told the U.K. newspaper The Day in 1993 that she thought her role was for a short film that would be about 20 minutes long.

“I didn’t realize what happened until I went to the premiere,” Caselotti told The Day. “I saw all these movie stars – Marlene Dietrich, Carole Lombard, Gary Cooper – everybody was there. I discovered this thing was an hour and 23 minutes.”

She went on in the interview to discuss the difficulties she had finding acting opportunities later in life. She said Walt Disney himself prevented her from lending her voice to Jack Benny’s radio program.

“I’m sorry, but that voice can’t be used anywhere,” Disney told her. “I don’t want to spoil the illusion of Snow White.”

Caselotti had uncredited appearances in several other classic films, including “The Wizard of Oz” and “It’s a Wonderful Life.” She also pursued a career in opera, was married four times, and, according to The Day article, dabbled in real estate and stocks. She lived out her years in the house that is now listed for $2.098 million, which was built in 1976. The current owner, Karey Dornetto, has lived on the property since 2012.

According to the listing from Nourmand and Associates, the home was designed by Caselotti herself, who added playful touches that paid tribute to her most famous role. At one point, the front yard had a “dwarf bridge” that was taken down by a former owner.

Outside of the house, outdoor decks are nestled against tall hedges on the fully gated property, which is described in the listing as “a lush oasis.” 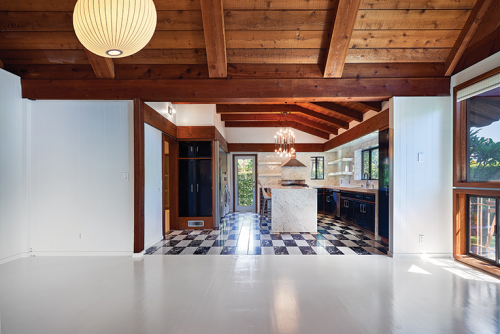 The interior of the “Snow White” cottage has an open floor plan with 18-foot wood ceilings. (photo courtesy of Nourmand and Associates)

Dornetto counts “the open floor plan that blends living and dining” as one of her favorite features of the home.

“Just look at it,” Dornetto said. “The distinctive design, storied history and fantastical details are unlike anything else on the market right now.”

The most distinctive part of the property is, appropriately, the yard’s wishing well. The well is decorated with a picture of Snow White and the words, “I’m wishing,” written on it.

“Every wish I have ever thought came true. It’s crazy. I like to think it’s because Adriana’s wishing well, but we’ll never truly know,” Dornetto said.

She looks back on her time in the cottage fondly.

“This home contains so many memories. I hope whoever buys the house has all their dreams come true like mine did. Unless they’re an evil queen of course,” Dornetto said.