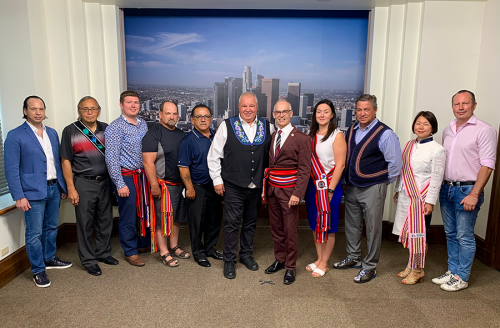 “Long before Canada became a country, the Red River Métis have had their own laws and democratic system of government,” said O’Farrell, a citizen of the Wyandotte Nation and the first Native American on the Los Angeles City Council,. “The ancestral traditions of the Red River Métis have served them well when others have challenged their homeland, livelihood, families and traditions. What an honor to welcome the Manitoba Métis Federation to Los Angeles City Hall, which itself sits on ancient Indigenous land.”