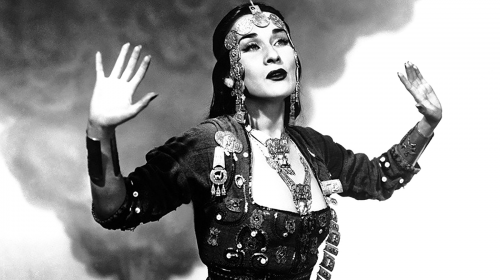 The intersection of Hollywood Boulevard and Wilcox Street will be named in tribute to Peruvian vocalist and actress Yma Sumac. (photo courtesy of peru.info)

Sumac was born on Sept. 13, 1922, in Callao, Peru, and 2022 marks the 100th anniversary of her birth. Known for her five-octave vocal range, Sumac was a popular recording artist in the 1950s with Capitol Records in Hollywood, where she also lived for decades. The vocalist recorded six albums with Capitol Records, starred in two films and held two world concert tours. Sumac died on Nov. 1, 2008, at age 86. She was awarded a star on the Hollywood Walk of Fame on Feb. 8, 1960, at 6445 Hollywood Blvd., near the intersection being dedicated in her honor.

The ceremony is open to the public. For information, visit cd13.com.