‘Motown’ at The Wallis 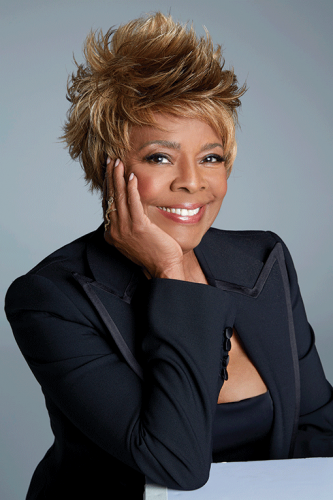 Thelma Houston performs “Motown: Celebrating the Music, the Magic, the Love” at the Wallis Oct. 1. (photo courtesy of Bristol Entertainment)

Wallis Annenberg Center for the Performing Arts will present the world premiere of “Motown: Celebrating the Music, the Magic, the Love” on Saturday, Oct. 1 at 7 p.m. at The Wallis’ Bram Goldsmith Theater.

Immerse yourself in the magic of early Motown with a unique opportunity to experience an evening with music trailblazers and icons who will share their rare insights into the phenomenal music and the stories behind it, that positively impacted people and music around the globe. Motown is the place where legends were born and dreams were made.

Created, produced and directed by Karla Gordy Bristol, of Bristol Entertainment, the show highlights the early days of Motown Records as only can be told by those truly in the Motown family.

Experience a presentation of nostalgic stories shared by Smokey Robinson, The Temptations’ Otis Williams, The Four Tops’ Duke Fakir, and Martha Reeves “Dancing in the Street,” and relive the days of “Hitsville U.S.A.,” the little house with the big sound as envisioned by Motown founder and living legend Berry Gordy.

This incredible show truly celebrates “The Music, the Magic and the Love” of the Motown story, and will be led by legendary radio personality and announcer Shadoe Stevens and master of ceremonies, Emmy Award-winning news anchor Pat Harvey.

“Motown: Celebrating the Music, the Magic, the Love,” a Bristol Entertainment Production, is supported by Sony Music Group and The Berry Gordy Foundation for Truth and Justice.

Tickets are sold out, but to be added to the waitlist, email Ticket Services at tickets@thewallis.org. The Wallis Annenberg Center for the Performing Arts is located at 9390 N. Santa Monica Blvd.