Last chance to see two exhibits at The Broad 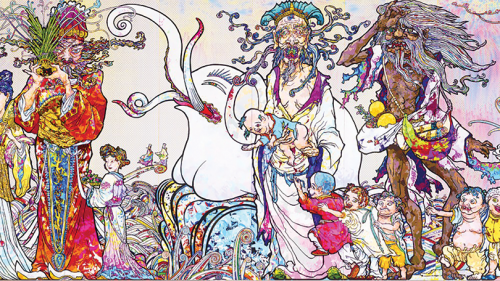 “Takashi Murakami: Stepping on the Tail of a Rainbow” is on view at The Broad through Sept. 25. (photo courtesy of The Broad)

The “It’s the final chance to see the expansive artistic universe in “Takashi Murakami: Stepping on the Tail of a Rainbow” – the artist’s first solo exhibition at The Broad – as well as “This is Not America’s Flag,” which spotlights the myriad ways artists explore the symbol of the flag of the United States of America, underscoring its vast, divergent and complex meanings. The exhibits will close on Sept. 25.

Through the Instagram app you can also experience immersive AR features, where Murakami characters step out of their physical forms and into a ghostly digital existence.

Presenting works from over 20 artists, the exhibition includes works that both embrace the flag as the signifier of the nation and its ideals and subvert it to express injustices and inequities woven into the fabric of the U.S., past and present.

For tickets, visit ticketing.thebroad.org/events. The Broad is located at 221. S. Grand. Ave.