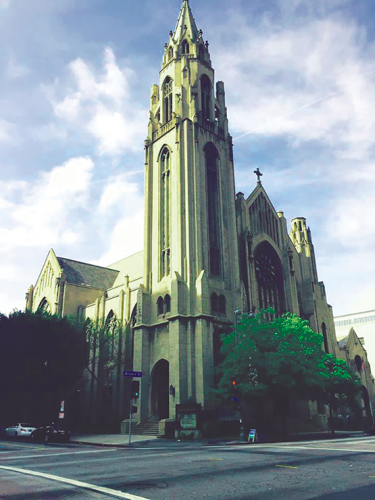 Built in the French Neo Gothic style, Immanuel Presbyterian Church in Koreatown was completed in 1929, housing a congregation that has existed since 1888. Designed by Chauncey Fitch Skilling, the building, replete with elaborate stained-glass windows and a formidable façade, is one of the cornerstones of Wilshire Boulevard.

Rev. Andrew Schwiebert has been the transitional pastor for the church since 2017.

“When anybody walks into the sanctuary, there’s an immediate stop, and [they] just kind of look up and [say], “Oh, wow,’” Schwiebert said. “That’s the immediate reaction of pretty much anybody that walks into the space. It’s just  a really, really beautiful, gorgeous space.”

The beauty of the building has not been lost on the film and television industry, which have made frequent use of the architecture as a backdrop.

“Beverly Hills Cop 4” wrapped shooting at Immanuel in early September, and “The Amazing Spider-Man,” “The X Files,” and “Grey’s Anatomy” have all shot scenes within its walls.

But Schwiebert said that tourists most frequently ask about the music video for “Helena,” by the band My Chemical Romance, which was shot in the church’s sanctuary.

“We had a couple that wanted to get married here because of that,” he said. 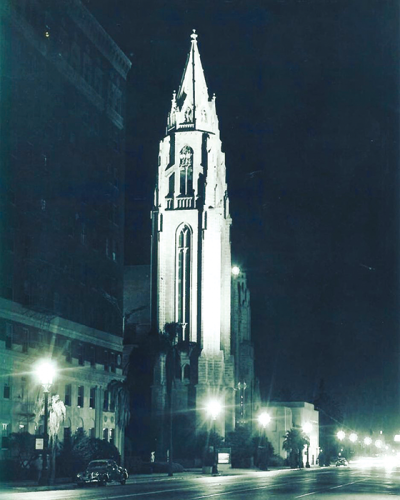 The church is unique for the diversity of its congregation, which includes a large population from various countries across Latin America, including Mexico, Guatemala, Colombia and Ecuador.

“We pulled out the pews from one of our chapels and use that as dry food storage. We were creative with the use of refrigeration, we bought a truck and we just started [distributing food],” Schwiebert said.

Services are available in-person and online starting at 11:30 a.m. on Sundays. For information, visit immanuelpres.org.