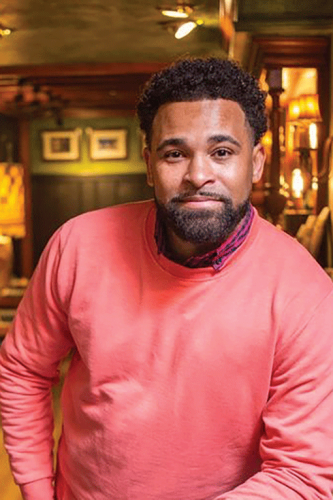 Greenway Arts Alliance announced on Sept. 12 its 25th anniversary season at Greenway Court Theatre, along with the appointment of Mohammed Ali Ojarigi as producing director.

The multi-award-winning theater company’s season will present the critically acclaimed “WET: A DACAmented Journey,” written and performed by Alex Alpharaoh and directed by Daphnie Sicre in October, followed by a Greenway Arts Alliance Resident Theatre Company co-production in January 2023 and concluding with the 7th Annual “L.A. Get Down Festival, A Celebration of Hip Hop and Spoken Word,” in conjunction with National Poetry Month in April 2023. Festival co-directors are Shihan Van Clief and Arianna Basco.

“We are committed to continuing our focus on representing the voices of all Los Angeles. Our city is a great melting pot of exciting and diverse artists and Greenway’s doors are always open to provide a platform for theater professionals to tell their enriching, relevant and impactful stories that align with what is currently happening in our city.”

“In addition to celebrating our 25th anniversary season, we are also thrilled to have Mohammed Ali Ojarigi join the Greenway family. Mohammed embodies the Greenway mission of creating a welcoming and safe space for artists, especially the unheard voices of Los Angeles. Community building is in his DNA,” Pierson Blaetz, Greenway Arts Alliance cofounder and co-artistic director said.

“I am delighted to join cofounders Whitney Weston and Pierson Blaetz and the very talented Greenway Arts Alliance staff,” Ojarigi said. “As producing director of Greenway Court Theatre, my mission is to promote innovative and artistic collaboration across all spectrums of the arts, while working with high school students, community artists and professionals of diverse backgrounds. And to make Greenway Court Theatre a vital hub of excellence, which celebrates diversity and communities that are historically underrepresented.”

Ojarigi was born in Minneapolis, Minnesota. He received his bachelor’s degree in theater arts from UNLV. He is the founder/artistic director of the former Moments Playhouse Theater in East Los Angeles. A highly requested acting coach, Ojarigi has helped introduce some of Hollywood’s top rising stars through his academy, BizB4 Show. Ojarigi is an award-winning actor/playwright for his theater works that include “Greenwood 1964” a fictional reenactment of a trip made by Sidney Poitier and Harry Belafonte, which was commissioned by the prestigious Guthrie Theatre in May 2021. Also, for his 2012 NAACP Theater Award play, now short film, “Your Land,” available on Amazon Prime.

Dance and sing with the Debbie Allen Dance Academy