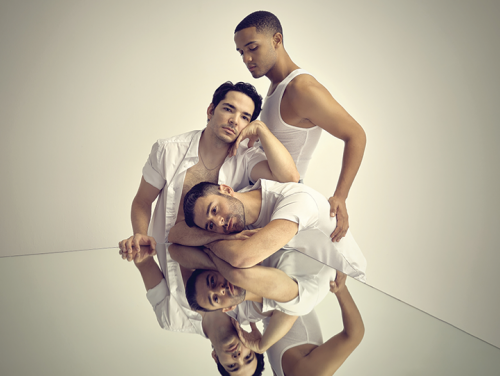 “As we continue to celebrate our 25th Anniversary season, the 2022-23 season lineup is one of our most inspired ever to lead us into the next 25 years,” said Geffen Playhouse executive director Gil Cates, Jr. “Audiences have embraced the return to in-person performances and we are so thankful for our patrons and subscribers who continue to support the performing arts.”

The 2020-23 Gil Cates Theater season will launch with the Tony Award-winning Stephen Daldry production of playwright Matthew López’s “The Inheritance,” making its West Coast premiere and directed by Mike Donahue. “The Inheritance” first premiered in London at the Young Vic in 2018 before moving to New York and making its Broadway premiere in November 2019.

The season will continue in the Gil Cates Theater with the West Coast premiere of playwright Lee Edward Colston II’s epic drama “The First Deep Breath,” directed by Steve H. Broadnax III, which chronicles the depths families will go to hide their skeletons from the outside world and one another.

Closing the Gil Cates Theater lineup will be playwright Katori Hall’s “The Mountaintop,” a deeply moving story that takes place the night before Martin Luther King, Jr.’s assassination, after delivering his history-altering “I’ve Been to the Mountaintop” speech. “The Mountaintop” will be directed by Patricia McGregor, who returns to Geffen Playhouse after directing the critically acclaimed and sold-out run of “Lights Out: Nat ‘King’ Cole” on the Gil Cates Theater stage in 2019, which was also co-written by McGregor and Colman Domingo.

One additional production will join the Gil Cates Theater lineup and be announced at a later date.

The 2022-23 Audrey Skirball Kenis Theater season will be a full lineup of world premieres and commence with actor and playwright Ramiz Monsef’s “The Ants,” a horror play infused with darkly humorous social commentary. Monsef previously appeared at the Geffen in Guards at the “Taj” (2015) and “Mysterious Circumstances” (2019). Next up will be Drama Desk Award-nominated mentalist Vinny DePonto and co-writer Josh Koenigberg’s “Mindplay.” Keeping in the spirit of the Geffen’s long tradition of magic, “Mindplay” is an entirely new theatrical event in which your thoughts play a leading role. Rounding out the Audrey Skirball Kenis Theater lineup will be a new original musical from Zoe Sarnak and Rachel Bonds, “The Lonely Few,” featuring Tony Award winner Lauren Patten (“Jagged Little Pill”). “The Lonely Few” is a love story between two women searching for a sense of home.

The Geffen Playhouse is located at 10886 Le Conte Ave. For information and tickets, visit geffenplayhouse.org.