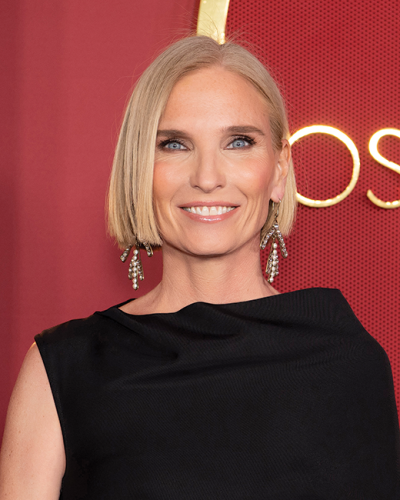 Oscar-nominated producer Jennifer Fox will return to produce the 13th Governors Awards for the Academy of Motion Picture Arts and Sciences, Academy president Janet Yang announced Aug. 31. It is her fourth time producing the event.

Honorary Awards will be presented to Euzhan Palcy, Diane Warren and Peter Weir, and the Jean Hersholt Humanitarian Award to Michael J. Fox on Saturday, Nov. 19, at the Fairmont Century Plaza in Los Angeles.

“We’re thrilled to have Jennifer back at the helm to help us kick off Oscar season with a tribute fitting to these four extraordinary individuals. Her contribution in past years has only elevated this truly special and joyous event,” Yang said.

“I could not be more delighted to produce the Academy’s Governors Awards again and look forward to honoring the remarkable achievements of Michael J. Fox, Euzhan Palcy, Diane Warren and Peter Weir,” Fox said.

Fox has produced or executive produced some of the most iconic films of the last 15 years, including Tony Gilroy’s directorial debut, “Michael Clayton,” which earned seven Oscar nominations. She began her film industry career in development and production at Universal Pictures, where she worked on several films, including “Erin Brockovich.” Fox spent the next six years producing with Steven Soderbergh and George Clooney’s production company, Section Eight, where she worked on such acclaimed titles as “Syriana,” “Good Night, and Good Luck.,” “A Scanner Darkly” and “The Informant!” Her other film credits include “Duplicity,” “The Bourne Legacy,” “We Need to Talk about Kevin,” for which she received a BAFTA nomination, “Nightcrawler,” “Roman J. Israel, Esq.,” “Velvet Buzzsaw,” “The Report” and “The Last Duel.” She is currently working on her next film, “Magazine Dreams.” Fox also produced the Academy’s 10th, 11th and 12th Governors Awards.

The Honorary Award, an Oscar statuette, is given “to honor extraordinary distinction in lifetime achievement, exceptional contributions to the state of motion picture arts and sciences, or for outstanding service to the Academy.”

The 13th Governors Awards is proudly supported by Rolex, the Exclusive Watch of the Academy of Motion Picture Arts and Sciences.