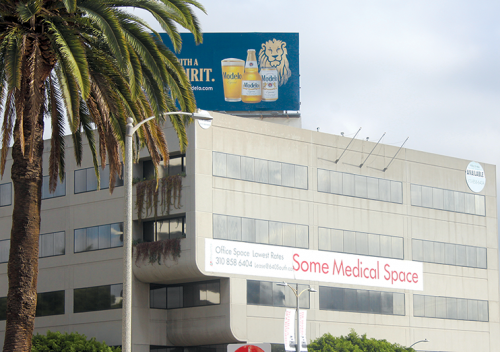 The ordinance passed 4-1, with City Councilman John Mirisch voting against it.

The Sept. 20 vote followed only one public comment, though council members and members of the public spent most of the Sept. 12 council meeting debating the ordinance.

In November 2020, following the onset of the COVID-19 pandemic, the city adopted an urgency ordinance to convert existing commercial floor area to medical uses as a way to buoy struggling businesses and meet the increased demand for medical services.

The urgency ordinance was later extended, and following a public hearing in July, the planning commission introduced the new ordinance at the Sept. 12 City Council meeting.

According to the ordinance, “The proposed changes to the medical use regulations in certain commercially zoned areas will help foster an economically sustainable commercial district that contains a mix of uses and services, and contribute to residents’ health and well-being by providing community-serving medical uses.

Additionally, “The proposed changes to the medical use regulations will more easily allow medical uses to be established in various commercial zones of the city, which provides greater business and investment opportunities for medical providers and commercial property owners, and may help revitalize vacant or distressed commercial office spaces,” the ordinance read.

Under the new law, all buildings that have received a certificate of occupancy from the city prior to Feb. 11, 2011, are now considered registered medical buildings.

Registered medical buildings can convert up to 6,000 square feet of general office space into medical floor area as long as they are located in certain commercial zones and receive an accommodation from the community development director, among other conditions.

Also, buildings are prohibited from offering medical services on the ground floor or opening a certain “specialty clinics.”

Councilman Lester Friedman, however, said during the Sept. 12 meeting he was concerned about some of the conditions limiting the size of operating rooms.

Looking at how much medical space has been added since the urgency ordinance went into effect in 2020, Mirisch said he was concerned that the new ordinance could lead to an oversaturation of medical space in commercial zones, and he suggested a “sunset” to force the council to reexamine the issue in a few years.

“I think it’s not going to get any easier to lease general office space in the future. I think that us getting some of this space taken by medical at this point in time is the right thing to do,” Mirisch said. “I just think we need to be able to pump the brakes on it.”

A clause in the ordinance passed on Sept. 20 states that the new provisions will be reviewed approximately every three years.