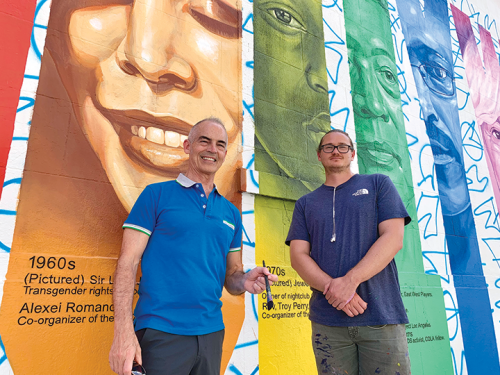 Los Angeles City Council President Pro Tempore Mitch O’Farrell, 13th District, is reminding the public that Pride is a never-ending, ongoing commitment and a continuous fight to ensure dignity, visibility and representation for the LGBTQ+ community.

On Saturday, Sept. 3, from 11 a.m.-3 p.m., O’Farrell is celebrating the city’s newest Pride mural in Hollywood. A ribbon cutting ceremony and block party will be held at Hollywood Boulevard and McCadden Place. The event will include food vendors, entertainment and educational resources.

L.A. Pride started in Hollywood in 1970. In celebration of Pride’s return this year to its historic roots, in recognition of the first 50 years of the organized Pride movement in Los Angeles and to honor trailblazers who have helped the movement, O’Farrell’s office partnered with the Los Angeles Department of Cultural Affairs to create a new Pride mural near Hollywood and McCadden. The mural, designed by David Puck and painted by Ian Robertson-Salt, will serve as an inspirational and ongoing reminder that the fight for LGBTQ+ rights continues.