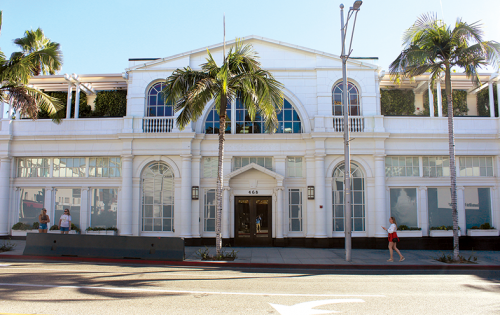 The Beverly Hills City Council voted on Sept. 20 to move forward with the luxury mixed-use Cheval Blanc complex on Rodeo Drive subject to a development agreement, with only Councilman John Mirisch voting against it.

While Mirisch said that he did not oppose the project in general, he criticized the council for what he felt was a rushed vote that undermined the city’s negotiating leverage.

“What happened … was a rubber stamp and that to me was a failure of process,” Mirisch said.

If completed, the project would include a luxury hotel, private club, upscale restaurants and retailers.

According to a staff report, construction is expected to last 38 months and would include the demolition of four buildings along Rodeo Drive.

Chairman and CEO of LVMH North America Anish Melwani said that the project would reaffirm Rodeo Drive’s status as one of the world’s preeminent luxury shopping areas, held in the same regard as Bond Street in London or Avenue Motaigne in Paris.

“The investment is a testament to LVMH’s belief in the future of Rodeo Drive and Beverly Hills,” Melwani said.

He said that project staff met with over 300 Beverly Hills community members during the design process and implemented their concerns into the proposal.

As a result of the input, the developers pulled the property approximately three feet from the sidewalk to clear space for pedestrians, widened an alley entrance to make it safer, and reduced the number of vehicles using the motor court on Santa Monica Boulevard, Melwani said.

Members of the public, from residents to small business owners to union representatives, all spoke positively of the project during the public comment period.

Joseph Fuchs, of the Southwest Regional Council of Carpenters, said such projects create hundreds of well-paying union jobs and are vital to middle class growth.

Beverly Hills Chamber of Commerce CEO Todd Johnson said his organization fully endorsed the project, adding “this business will just be an exclamation point to the luxury that our city is known for.”

Mirisch, however, was concerned that the development agreement would not secure enough public benefits for the city.

He hoped the agreement would include stipulations for extra taxes that would fund affordable development, and for the inclusion of a public art space drawing from LVMH’s vast private collection. He also hoped the space would be used for city events, and was concerned that the possibility of a vote on the development hadn’t been sufficiently publicized.

Some residents may not have gotten a chance to share their concerns, he said.

Mayor Lili Bosse, however, said the project would be a benefit for the city.

“I do believe that this project … will be an anchor to change the landscape, and we are here making history doing it,” Bosse said.