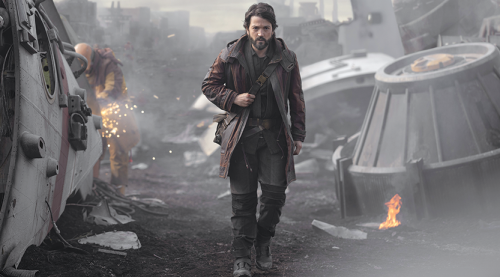 Just what “Star Wars” needs: a prequel to a prequel to “A New Hope.” Exploring the backstory of a “Rogue One” character seems an odd choice. Sure, Diego Luna played Rebel spy Cassian Andor quite well. But that flick was a one-off, space “Dirty Dozen” whose hope lies in the crew’s successful mission at great personal cost. What’s left to tell?

One problem: “Andor” deifies those expectations with a brilliant start and absurdly vivid settings. The three-episode premiere paints a bleak portrait of life under the Galactic Empire’s rule, especially before the Rebellion made its presence known.

Totally and thematically, this one’s a refreshing course correction. No Jedi. No deserts. No bounty hunters. Just life under fascism.

But does it feel like a “Star Wars” story? That depends on what type of fan you are. Based solely on the trilogies, perhaps not. It’s markedly slower and the stakes feel minor by comparison. It begins when our title character fights a couple security officers from the Pre-Mor Authority, a private conglomerate charged with overseeing affiliated planets in the Empire.

Cassian inadvertently kills one and executes the second, fearing reprisal. In response, local authorities start investigating, which culminates after three episodes. Sure, the body count in “Star Wars” is always high, but how often do we process each exploding ship or planet? A couple deaths seem like the minor leagues. Frankly, it’s strange what we normalize when watching most action adventures.

Not in “Andor.” For once, a “Story Wars” story highlights the little deaths of all those disenfranchised by the Empire. The stakes, in fact, aren’t small because fascism’s galactic hold begins with subjugating one have-not to his breaking point, forcing him to commit a heinous act.

But how did Cassian reach this point – swimming in debt, trading stolen tech, pushed to extreme desperation? Perhaps his childhood origin will help. For that we jump back even further in time to his home planet, which was ravaged by a sanctioned mining operation. (FYI, that means a prequel series that’s a prequel to a prequel includes two timelines of prequel story … moving on.)

Those flashbacks channel centuries of colonialism on this planet, not far away. Uh oh, does that make “Andor” politically aware? Definitely. And it’s both the right call and perfectly aligned with “Star Wars” canon.

Yes, George Lucas tried to overtly address politics in “The Phantom Menace,” only to be upstaged by cartoonish characters and a host of other clunky elements that obstructed a telling commentary. Before that, however, social commentary was always there. Lucas himself meant for the original films to parallel the Vietnam War, comparing the United States as the Empire.

So “Andor’s” focus on corruption associated with capitalism, mercenary states and exploitation of indigenous lands all makes sense. It’s hard not to notice a likeness between the fascism in “Ardor” and the projected endgame of the former emperor – apologies, president. 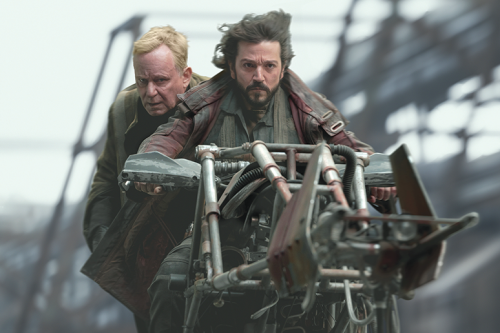 Look, if you want your media content divorced from politics, “Star Wars” has always been a deep dive into political unrest. To view it otherwise castrates the entire franchise’s most satisfying mysteries (besides lightsaber fights and space battles).

In the hands of showrunner Tony Gilroy (the “Bourne” trilogy scribe), who wrote “Rogue One,” what might become a political slog is a slow burn that illuminates injustice and elevates the most vulnerable who will eventually make up the Rebellion. After three episodes, this is easily the smartest “Star Wars” story, but hardly the most thrilling.

Still, the third episode, which concludes the series’ extended intro, goes out with massive bang – incredible action edited together with perfection. As for all those slower moments, nothing ever drifts dull. But if Disney+ rolled out this one in individual installments – not three at once – there’d be hell to pay.

Two low-key episode conclusions are far less infuriating when another chapter is immediately available. Time will tell if future entries deliver the goods each week, especially since we’ve got another nine to go, making “Andor” the longest season of a live-action series to date.

This one’s proof that behind any passing meteor, a good story exists. It only requires the right team on screen and behind the scenes. “Andor” sets off to uncharted territory – more mature, more gritty. The outcome seems certain to impress.

Bulgari hotel project should not get special treatment