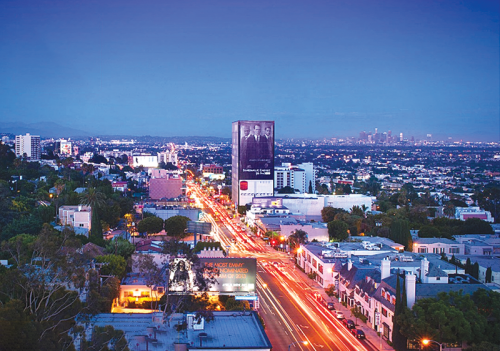 Staff members from the city of West Hollywood on Aug. 22 distributed drink spiking test strips to local bars, nightclubs and patrons, an effort that was soon followed by a special City Council meeting on nightlife safety.

According to a staff report, the initiative is in response to claims made by “individuals feeling that they had been drugged” at West Hollywood businesses last summer. Since then, the city has taken several steps to curtail such crimes.

“Whatever we need to do up here, we will do,” Councilman John Erickson said, speaking directly to several members of the community who spoke during public comment and reported being sexually assaulted after patronizing West Hollywood venues.

The meeting was held in conjunction with the city’s Public Safety Commission, LGBTQ+ Advisory Board, Transgender Advisory Board and Women’s Advisory Board. Representatives of the West Hollywood Sheriff’s Station were also in attendance.

Some commenters questioned the effectiveness of the Los Angeles County Sheriff’s Department’s Special Victims Bureau in investigating their cases. To one particular individual, the councilman said he would demand justice.

“I’m going to be asking the sheriffs tonight if they have a specific suspect in mind for your case, and if they have not brought them in for questioning in the next 30 days, we should re-evaluate what they’re doing with their victims bureau and look at that funding to ensure that [victims] are getting whatever they need … and make it punish those individuals that have perpetrated [those crimes],” Erickson added.

Sgt. Michael Yost, who oversees the station’s entertainment policing team, said that when such reports are taken, they are given to station detectives, who then launch an investigation. He said victims are transferred to the UCLA Health Rape Treatment Center in Santa Monica, and the results of the examination are provided to the detective assigned to the case.

Shyne asked about the test strips and advised staff members to keep the city’s stock intact and ensure that the strips have clear instructions for business patrons.

The staff report references an ordinance passed by the City Council in November that required alcohol servers to complete bystander intervention training. Since then, more than 1,900 employees have completed the training, and another 2,300 are expected to complete it by the end of the year, according to the staff report.

Erickson and Shyne asked city staff members to analyze whether similar training could be required for employees and security guards at cannabis businesses.

“This is a new area we have been frontiering for the past few years,” Shyne added. “Public safety is ever-evolving.”

“Aside from that, we’re not doing proactive outreach, if that’s what you’re meaning,” he said. “We’re trying to push that out. That is the proactive effort that we’re trying to accomplish.”

Horvath suggested training security guards to provide that information or creating a QR code that patrons can scan before they enter an establishment so that they have resources at hand in the event of an emergency.

“It doesn’t matter if they’re a resident or somebody who’s visiting,” she added. “Perhaps we could engage our chamber of commerce and our business community in that effort, so we are engaging them proactively. I think that’s also something that we could provide on our transportation – our nightlife shuttle and things like that.”

Mayor Lauren Meister said the city should look at adding a “condition” that alcohol and cannabis establishments have security cameras, and that they be required to turn footage over to police in a timely manner if a crime is believed to have occurred.

“From what I’ve heard tonight, we want to make sure we have a robust prevention plan,” she added.

Horvath said the special meeting was among several public safety discussions the city will host about nightlife safety.

“Clearly, there’s community interest in this discussion, so I suspect it will be ongoing,” she said.