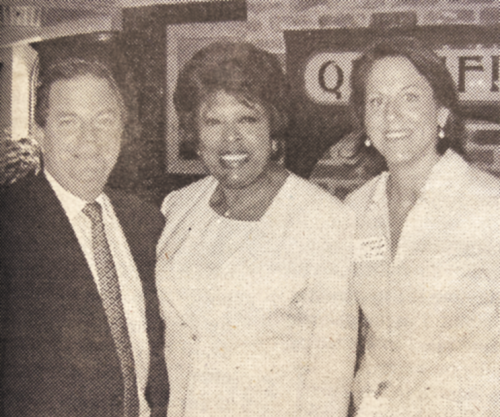 The Greater Miracle Mile Chamber of Commerce welcomed former U.S. Rep. Diane Watson to its monthly luncheon in this photograph in the Aug. 28, 2003, issue of the Beverly Press and Park Labrea News.

Watson served in the U.S. House of Representatives from 2001-11, and her district included the Miracle Mile and surrounding neighborhoods.

Watson described the area as the heart of her district, and highlighted its ethnic and cultural diversity.

Kramer, who still leads the Greater Miracle Mile Chamber, thanked the congresswoman for working with constituents and making the area a priority.

Euro Caffe for Business With Bosse