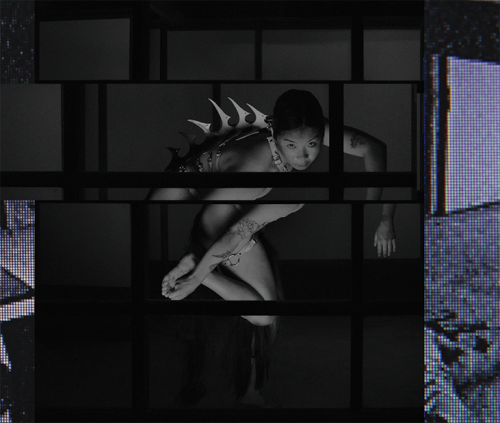 The Schindler House Haunting, a site-specific performance triptych by jas lin 林思穎, commissioned by homeLA as a part of the MAK Center’s centennial celebration “Schindler House: 100 Years in the Making.” The performances will take place on Aug. 26-27 from 6:30-8:30 p.m.

In this haunting, lin builds on R.M. Schindler’s “space architecture,” which shattered notions of useful domestic space partitioning interior and exterior, self and other. By invit­ing the “domestic uncanny,” lin mutates the Schindler House into a haunted house where the values and familiarities of the American nuclear family home are turned inside out. Fear of the ghost is fear of the other – a gaze that turns marginalized bod­ies into ghosts. By embodying a fig­ure of abjection, resistance and revenge, lin collapses boundaries between human and other, making visible the repression and oppression organized under dominant social frameworks. The house becomes a stage, and the haunting, a perfor­mance, transforming the Schindler House into an in-between space with no return to normality.

jas lin 林思穎 _is a performance artist and choreographer based on Tongva Land. lin stages exorcisms and tantrums for purging choreo­graphies of the learned body and shutting down internal and external surveillance cameras that suggest there is a proper way to move through the world.

The event is open to the public and free with RSVP. For informa­tion, visit makcenter.org/events? tag= Centennial%20homeLA. The Schindler House is located at 835 N. Kings Rd.