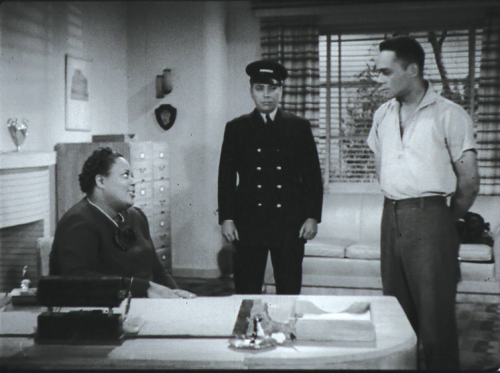 Kids work with police to create theater at the Fountain Theatre in the “Walking the Beat” show. (photo by Theo Perkins)

This August, the Academy Museum of Motion Pictures opens the exhibition “Regeneration: Black Cinema 1898–1971,” an in-depth look at Black participation and influence in American film­making, from the dawn of cinema in the late 19th century to the civil rights movements of the 1960s and their aftermath into the early 1970s. The opening of the exhibi­tion is complemented by “Regeneration: An Introduction,” a film series that highlights the groundbreaking pioneers and films explored in the galleries.

All screenings take place in the Ted Mann Theater and the David Geffen Theater. “Regeneration: An Introduction” kicks off with the world theatrical premiere of a “lost” film newly preserved by the Academy Film Archive, “Reform School” (1939), on Aug. 25 at 7:30 p.m. Other highlights include screen­ings of “Stormy Weather” (1943), “No Way Out” (1950) and “A Raisin in the Sun” (1961). The series will continue through Sept. 29.

Additional brand-new Academy Film Archive-restorations will screen throughout the run of the exhibition. Select screenings include introductions, Q&As, and/or special guests. For informa­tion, visit academymuseum .org/en/programs/series/ regeneration-an-introduction. The Academy Museum is located at 6067 Wilshire Blvd.

An homage to Uncle Bryan