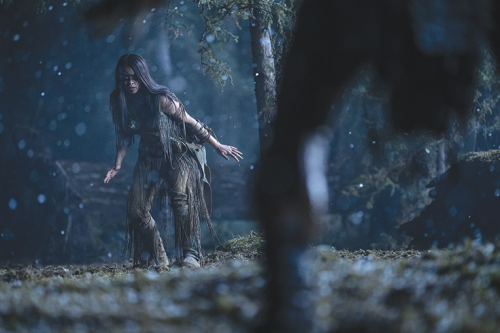 Hard truth: As cool as the Predator design is, the monster’s film appeal has long made it a mediocre franchise, from a full-cringe sequel to two boring “Alien.” So the idea of an origin story felt like obligation, just another attempt to prevent IP from vanishing into the ether.

But Hulu’s “Prey,” a “Predator” prequel set in the Comanche Nation 300 years ago, poaches from a familiar action-horror premise to create something remarkable. I loathe the term “elevated” in reference to horror cinema; it’s a poor euphemism to avoid the horror genre’s lowbrow baggage.

“Prey” is merely horror at its finest, what can go right when filmmakers take seriously what such films can offer. That said, this one doesn’t play like a typical final girl horror story, introducing a helpless woman who must find her strength by the third act.

Instead, Naru (Amber Midthunder) seeks out her own prey as a rite of passage. Others in the tribe might prefer she stick to medicine, let the men hunt, but she has none of that. At first, a local mountain lion stirs up trouble, but she witnesses something she can’t explain.

Despite doubters, she embarks alone to discern the truth. For anyone familiar with previous “Predator” flicks, plenty of fan-favorite tropes grace the screen. The oft-invisible antagonist kills a few carnivorous species, takes their heads as trophies. It quietly observes human and other surroundings like a voyeur until it decides to attack any perceived aggressors that can test its strength.

That we all know. What’s new, however, is the setting. This is a horror, sci-fi period piece featuring an Indigenous action heroine. And it’s been praised for its care for historical accuracy, thanks to sophomore feature director Dan Trachtenberg (“10 Cloverfield Lane”), the majority Native American and First Nations cast, and producer Jhane Myers, who is Comanche and Blackfeet, as the film’s primary authenticity adviser.

This is a perfect storm of attention to detail and expert film production. It all works, from performances to Predator design (save for a few obvious CGI animals).

So is it better than the film that gave us “Get to the choppa?” Different films in different ages. The original enjoyed that rockin’ score, the premise’s originality, incredible suspense and all the rest. Some things have, frankly, aged poorly, like the weird ’80s fixation with male hardbodies and plenty of campy one-liners.

We accept them because of nostalgia, and that’s OK. But the passion, artistry and care found in every frame of “Prey” casts the entire franchise in a new, more promising light. And Midthunder (“Legion,” “Roswell, New Mexico”) is an incredible choice to lead this wild ride. 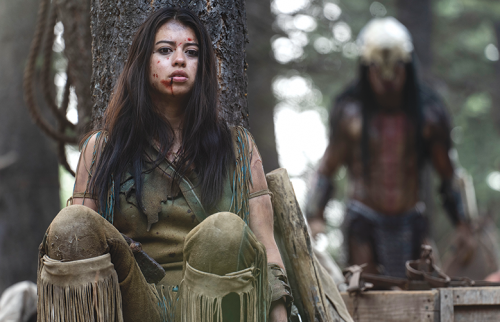 For Midthunder, a member of the Fort Peck Sioux, leading a franchise film is groundbreaking on its own. But it’s also telling as a Hulu release, not a theatrical one. Studios still seem scared of anything that breaks the mold. Just ask the folks at Warner Bros. who recently shelved a “Batgirl” movie after dropping $90 million on it.

That is the greatest tragedy here. Hulu claims it’s a smash hit, but doesn’t release any numbers (so deal with that as you will). But if this one actually premiered on the big screen, given a bit more support by 20th Century Studios and overlord Disney, it could’ve been even more groundbreaking and profitable for the crew.

Streaming might boast ease of access, but a film like this is a pressing reminder that good ideas are moving farther away from the cineplex. Tragic big picture aside, “Prey” is a rare victory on so many fronts.

For a film like this to succeed – we’re talking record streaming numbers on Hulu (if true) and near universal critical praise – it’s clear the old rules need not apply. The deal used to be that once a film series passed three installments, it was a hopeless cause. “Prey” thwarts that expectation, proving a fifth installment (seventh if you count those wretched crossovers) can bring true heart to a thrilling tale.