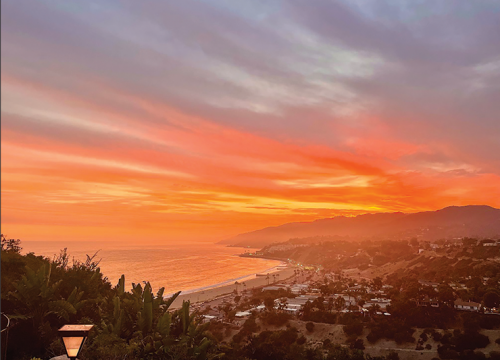 I see evidence of God everywhere, especially in Pacific Palisades, known for its bluff-based views. (photo by Chris Erskine)

I think we can all agree that watermelon — slushied in a blender, then served with a sprig of mint and a splash of gin — is the best icy alms we can offer ourselves on soft summer nights.

I think we can all agree that the songs we know by heart are the best songs, the only poems we can ever really remember.

I think we can all agree that “O-o-h Child,” by the Five Stairsteps, is the best song to hear blasting from a passing car, though Marvin Gaye’s “What’s Going On” is a close second.

I admire songwriters so much. They are the modern poets. And though I enjoy actual poets (try Kim Addonizio or Stephen Dunn), the only poems I can fully recite are by Paul Simon, Carole King and John Prine.

I hope we can all agree on that.

I think we can all agree, as Peggy Noonan recently noted, that we don’t want to see office life completely end in America. “There is something demoralizing about all the empty offices, something post-greatness about them. All the almost-empty buildings in all the downtowns – it feels too much like a metaphor for decline,” Noonan wrote in the Wall Street Journal, a daily paean to office life.

Yet, I think we can all agree that we don’t miss commuting, or the toll it takes on our relationships, or our arteries, or our summers.

I think we can all agree that L.A. can be a hard place to love sometimes, easy on the eyes, but difficult to really get to know, so showboaty and brittle and dense that you can’t really get your arms around it.

Plus, every place closes too early.

I also think that if you appreciate variety, you’ll probably love L.A., a tapestry of cultures, tastes and nutty opinions – at heart, a giant kitchen offering a hundred ways to make curry, a thousand ways to fuse cuisines.

I think we can all agree that the economy is scary as hell right now, and we don’t really understand how the Fed juking interest rates and making homes less affordable battles inflation.

Yet, I think we can all agree that gas prices are finally skidding and the stock market is showing signs of life.

I think we can all agree that, each week, there is one really bad oh-my-gawd development in the news.

Chronic bad news aside, I hope we can all agree that a deft and stubborn American spirit will prevail, as it did in the 1930s, and again in the 1970s, which were much rockier than we might remember. 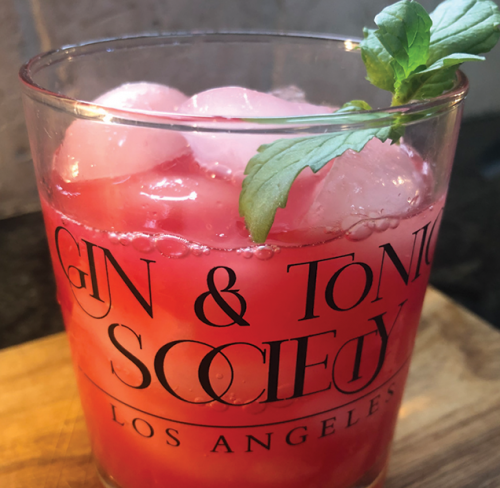 There’s a wistfulness to early August, puzzlement over how fast summers roar by. This has been a good summer, amid the muckity bad news that seems to run on some sort of film loop.

Look, I see evidence of God everywhere I look, especially in Pacific Palisades, though that new 6th Street Bridge is running a close second.

The Palisades is known for its bluffs and storybook downtown and the turbulent passions of its populace.

I mean, I’m just guessing here, but you can tell from the way Palisadians hold hands when they walk the dog that they’re a vibrant breed of people, hearty of stock and brimming with fresh ideals.

Rick Caruso lives here, as does my buddy Verge, as did Kobe Bryant and a rash of other celebrities, driven to the water’s edge by the trashiness of the Kardashians. That’s just my assessment, but I’m standing by it.

The Palisades is the only town in Southern California that you can imagine turning up in a Nicholas Sparks novel. I don’t mean that as criticism. I was telling Suzanne that I want to build a lighthouse near her place on the bluffs, to keep confused sailors off the rocks and away from the better restaurants.

Brick by brick, I’ll build this landmark by hand. Since it’s in L.A., the lighthouse will appear to be wearing some sort of silver bridal train, ala Disney Hall and SoFi. It’ll look as if it just blew in off the sea.

The beacon’s mirrors will be French, as the best ones usually are. Its ribbons of light will be visible from deep space, and will welcome aliens, as L.A. is prone to do.

So, yeah, nothing special this lighthouse. Just a small gesture really. A trinket. The Left Coast’s Statue of Liberty.

A lyric in the summer wind.

*Emily Dickinson, if you were wondering.

Chris – that was beautiful – perfection.