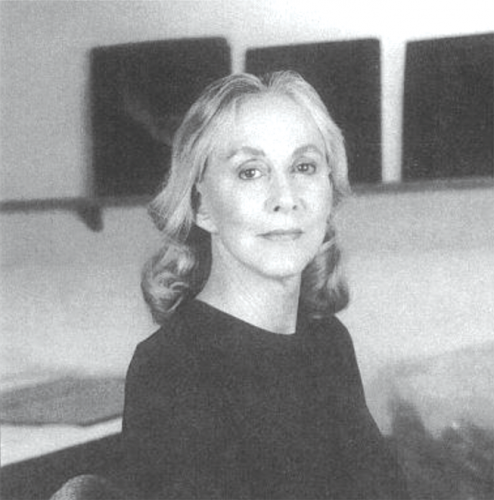 The Los Angeles County Museum of Art has announced it will honor Helen Pashgian and Park Chan-wook at the 2022 Art+Film Gala on Saturday, Nov. 5.

LACMA trustee Eva Chow and actor Leonardo DiCaprio, who have championed the museum’s film initiatives since 2011, will serve as co-chairs for the 2022 Art+Film Gala. Gucci is the pre­senting sponsor.

In 2014, LACMA presented the first large-scale sculptural installa­tion by honoree Pashgian titled “Helen Pashgian: Light Invisible.” The artist’s “Untitled” (2012-13), which entered the museum’s per­manent collection in 2014, is com­posed of 12 molded acrylic columns that fill an entire gallery, creating an immersive viewing experience that invites meditations on the nature of material and light. The monumental work traveled in 2014-15 to the Frist Art Museum, and last summer was the center­piece of a major monographic exhi­bition at SITE Santa Fe.

Park is a South Korean director, screenwriter and producer whose most recent work, “Decision to Leave,” won the Cannes Best Director award in 2022. Since the release of his Korean box office record-breaking “Joint Security Area” in 2000, Park’s diverse body of work has garnered recognition at home and abroad. The filmmaker’s work expanded in 2013 to include English-language films with “Stoker,” released worldwide. He also produced Korean filmmaker Bong Joon-ho’s first English lan­guage film, “Snowpiercer,” in 2013, and directed the television series “The Little Drummer Girl” in 2018.

“I’m so pleased that we will be honoring Helen Pashgian, who has played an indelible role in the Southern California art community and has been a friend of the muse­um for so long,” LACMA CEO and Wallis Annenberg Director Michael Govan said. “We are also excited to recognize Park Chan-wook, whose unforgettable films never fail to show us the power of cinema. Honoring these two artists together continues the vitally important dia­logue between art and film that this event supports.”

“It is always a privilege to bring the worlds of art and film together at the Art+Film Gala. We are thrilled to honor Helen Pashgian and Park Chan-wook, both vision­aries who have pushed the bound­aries of their fields,” Chow added. “I’m so grateful to Gucci, our part­ner since the first Art+Film Gala, for making this event possible for the 11th year.”

Proceeds from the annual gala help underwrite LACMA’s initia­tive to make film more central to the museum’s curatorial program­ming, while also funding exhibi­tions, acquisitions and educational programming that explore the inter­section of art and film.