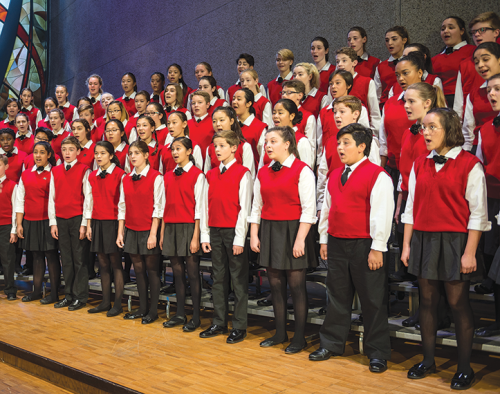 Los Angeles Children’s Chorus has announced four board and executive leadership appointments for the start of the 2022-23 season.

Dete Meserve, an award-winning film and television producer, best-selling author and LACC director since early 2020, has been elected as chair of the board of directors. Meserve succeeds Kai Ryssdal, host of public radio’s Marketplace program, who has served as chair since 2018 and led LACC through the pandemic, ensuring organiza­tional stability.

J. Andrew Bradford, a perform­ing arts leader who has served as interim executive director of LACC since November 2020, has been appointed to a five-year term as executive director. Under Bradford’s interim administrative leadership, LACC returned to pre­senting in-person music education and concert programming during the 2021-22 season, following a fully virtual 2020-21 season.

Tanvir Gopal, director of sales operations for Cast & Crew, and Tracey Mitchel-Lai, head of finance for Biscuit Filmworks, have also been appointed to the board of directors.

“With Fernando and Andrew now in place through the 2025-26 season and the chorus being ideally positioned for future success, I am delighted to hand the leadership reins over to Dete,” Ryssdal said. “Dete is a dynamic leader, entrepre­neur and champion for the choral music art form, and I cannot think of a better person to guide LACC forward in the coming years than her.”

“It has been a joy serving LACC alongside Kai for the last few years,” Meserve added. “His leader­ship of LACC has been extraordi­nary, and I am honored to succeed him as board chair. I am also grate­ful to have Andrew becoming our executive director at the same time. Andrew provided LACC with the highest level of operational excel­lence during his tenure as interim executive director, and the board was unanimous in its determination that he is the ideal administrative leader for the organization.”

LACC’s 2022-23 season, under the leadership of artistic director Fernando Malvar-Ruiz, includes in-person choral music programs, including self-produced winter and spring concerts in December and May, as well as appearances with the Los Angeles Philharmonic, Los Angeles Opera, and Pasadena Symphony and POPS. LACC will conclude its 37th season with a yet to be announced 14-day internation­al tour.