‘Invincible’ to premiere at The Wallis 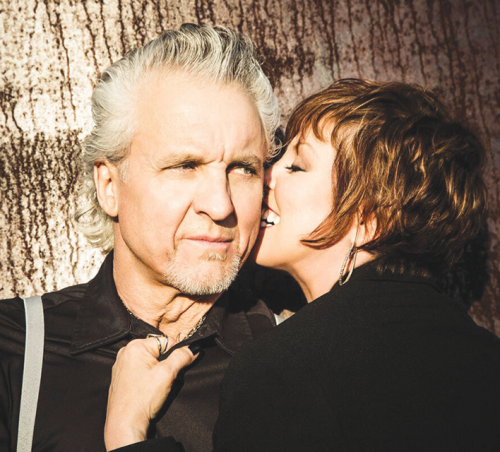 “Invincible: The Musical” will feature music by Neil Giraldo and Pat Benatar. (photo by Travis Shinn)

Single tickets are now on sale for Wallis Annenberg Center for the Performing Arts’ world premiere presentation “Invincible: The Musical,” featuring the music of Pat Benatar and Neil Giraldo, from Nov. 22 to Dec. 17, in The Wallis’ Bram Goldsmith Theater. This inventive new work weaves the four-time Grammy Award and 2022 Rock & Roll Hall of Fame inductees’ legendary catalogue and inspired new songs throughout a reimagining of Shakespeare’s “Romeo and Juliet.” “Invincible: The Musical” is set in the modern, war-torn metropolis of Verona where the newly elected Chancellor Paris vows to destroy the progres­sive resistance and return the city to its traditional roots. The star-crossed lovers’ story, exploring how love and equality battle for survival in times of great transfor­mation, envisions peace in a divid­ed world. Directed by Tiffany Nichole Greene (resident director of “Hamilton”), with a book by Bradley Bredeweg (creator of “Good Trouble” and GLAAD Award-winning “The Fosters” TV series), music direction and arrangements by Jesse Vargas (“Love Actually Live,” Broadway’s “Glory Days”) and orchestrations and arrangements by Neil Giraldo, “Invincible:The Musical” is pre­sented by special arrangement with Jamie Cesa, Cody Lassen and Bel Chiasso Entertainment.

Singer-songwriter Benatar and producer-musician Giraldo will be inducted into the Rock & Roll Hall of Fame in November. Their part­nership, which combines her vocals and attitude along with his artistry as a guitarist, producer and song­writer, forged the chemistry and unique sound that created rock hits including “We Belong,” “Invincible,” “Love Is A Battlefield,” “Promises In The Dark,” “We Live For Love,” “Heartbreaker” and “Hell Is For Children.” Together, Benatar and Giraldo created two multi-plat­inum, five platinum and three gold albums as well as 19 Top 40 hits. They have sold over 36 million records worldwide and have won an unprecedented four consecutive Grammy awards.

The Wallis Annenberg Center for the Performing Arts is located at 9390 N. Santa Monica Blvd.

‘From Number to Name’ streams with East West Players