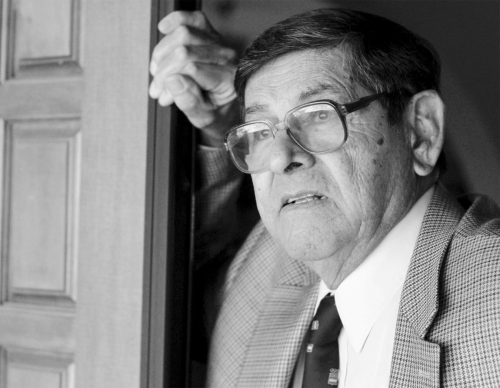 Los Angeles Unified School District Board Member Mónica García on Aug. 2 celebrated the life of Dr. Julian Nava, the first Latino elected to the LAUSD Board of Education. Nava died on July 29 at the age of 95.

Nava’s position on the board was crucial during the evolving educational justice movement in 1968. García said. A student at Breed Street Elementary in Boyle Heights and graduate from Theodore Roosevelt High School, Nava went on to become one of the first Mexican Americans to earn a doctorate from Harvard University. He later served as U.S. Ambassador to Mexico.

Nava is the namesake of the Dr. Julian Nava Learning Academy downtown and the Nava College Preparatory Academy in Central Los Angeles. His life is a reminder of the potential every scholar has when equity, access and justice align, García said.

“We celebrate the life of Dr. Julian Nava, whose life blessed us with lessons of love in action, building community, addressing harms of systemic injustices, car­ing about children and being a tri­umphant servant leader,” García said. “We are grateful for the love and ganas he shared with Los Angeles Unified. Rest in power mighty Rough Rider, ambassador, teacher, Los Angeles Unified Board Member and justice war­rior.”

“Ambassador Dr. Julian Nava left an indelible influence on Los Angeles Unified through his trail­blazing accomplishments and advocacy for those whose voices needed uplifting,” LAUSD Superintendent Alberto M. Carvalho added. “We mourn his passing and celebrate his legacy as a lifelong educator and champi­on of our community.

Nava is survived by his wife, sister, three children and six grandchildren. For information, visit lausd.net.