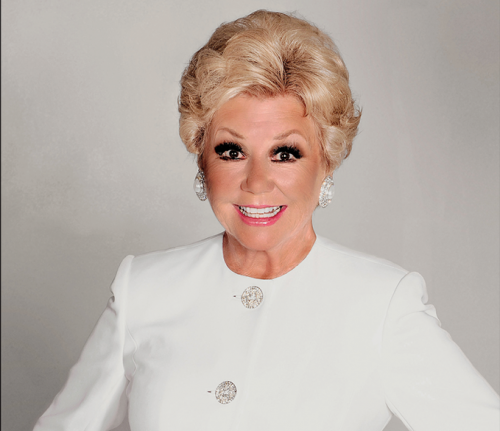 Actress Mitzi Gaynor will receive the Legacy Award at the Cinecon festival
held Sept. 1-5 at the Hollywood Legion Theatre. (photo courtesy of Cinecon)

What festival secretary Bryan Cooper said started as a “a small affair at the local Holiday Inn” in Indiana, Penn. has blossomed into one of the treasured annual events for classic film fans. Every Labor Day weekend, movie lovers from all over the country descend on Hollywood to celebrate the pictures and stars that made the town’s name famous with the Cinecon Classic Film Festival, which has been going strong since 1965 and has been in Hollywood since 1990.

“It really is something special,” Cooper said. “I began coming to the festival in the early 2000s as a fan, but somewhere around 2010, I started getting involved as a programmer.”

The festival emphasizes films that are not necessarily widely seen, often playing movies that are unavailable on streaming platforms, rarely shown on cable or not available on home video. Rare silent films, as well as some little-seen early television programs, will also be a part of the festivities.

“Cinecon prides itself on screening treasures from the studio vaults, many of which have been unseen since their initial release,” Cooper said.

For instance, this year, the festival is honoring George Chakiris, best known for his Oscar-winning turn in “West Side Story” (1961), but Cinecon will be screening the lesser-known “633 Squadron” (1964) to showcase the actor’s career.

Each year, the festival honors classic stars. Over the decades, big names like Eddie Albert, Patricia Neal and Debbie Reynolds appeared. Cooper noted his friend Jane Withers, a child star who became Josephine the Plumber in a series of commercials as an adult, was a frequent attendee at the festival prior to her death in 2021.

This year, Mitzi Gaynor will appear alongside a screening of her film “Anything Goes” (1956). She will also receive the Cinecon Legacy Award, presented to her by singer and pianist Michael Feinstein. Additionally, Patty McCormack, the child actress who terrified audiences with her turn as “The Bad Seed” (1956) will be honored. A more rarely seen film of McCormack’s, “Kathy O,” (1958) will be presented by the actress.

Also appearing is Jimmy Hunt, another child performer who appeared in dozens of films during a short but prolific career. His best-known performance, as one of the humans that deals with “Invaders From Mars” (1953), has recently been restored in 4K and the new version, which Hunt professes looks better than it did nearly 70 years ago, will screen.

“My family had nothing to do with movies at all until that talent scout came and found me in grammar school,” Hunt said. “[I was in] the right place at the right time, and it all happened.” 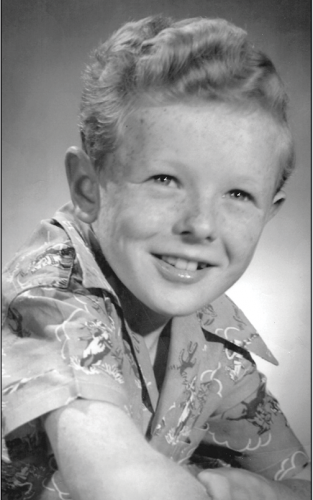 Child performer Jimmy Hunt, who
appeared in dozens of films, will be
appearing at Cinecon. (photo courtesy of Cinecon)

A talent scout did indeed pick Hunt out of the crowd of kids while visiting his elementary school. Hunt ended up working with some of the biggest names in the industry during the late-1940s and early-1950s, including Barbara Stanwyck, Katharine Hepburn, Tony Curtis, Margaret O’Brien, Myrna Loy, Fred MacMurray and Robert Mitchum. But to Hunt, it was just work, and when he got to his high school years, he decided he’d rather be a kid.

“I couldn’t play sports and do movies,” Hunt said. “I would’ve traded my whole movie career to be a professional athlete. My teenage years were … they couldn’t take me, and I could’ve played the part in ‘Happy Days.’ Because that was my teenage years … girls, cars, sports, the high school, the fun things you did.”

Hunt went on to serve in the mil­itary, have a totally unrelated career and a family, but now he is being honored for the career he had as a kid.

“I enjoy talking about being in the movies, and it’s a fun thing to have done. And it’s an experience I could never, ever even imagine having, but I’ve had it, and it’s something that you kind of relish a little bit … the fact that you were in there and you did that,” Hunt said, noting that his son and granddaughter told him that through the movies his “legacy lives on.”

For the first time, Cinecon will be partnering with the Hollywood Legion Theatre on Highland Avenue to present the festival. In previous years, the festival had been held at the Egyptian Theatre, which is currently undergoing reno­vations.

“We are very excited to be a part of a coalition of other like-minded organizations that have teamed up with the Hollywood Legion Theatre,” Cooper said. “Not only is it a beautiful state-of-the-art facili­ty, but the staff is all top notch. Hopefully this is the beginning of a long and fruitful partnership.”

In the end, it’s all about love of the movies.

“If you love movies, and you haven’t been to Cinecon before, please give it a try. I guarantee you’ll be hooked. It really is some­thing special,” Cooper said.

Cinecon will be held from Sept. 1-5 at the Hollywood Legion Theatre, which is located at 2035 Highland Ave. For passes and infor­mation, visit cinecon.org.

CicLAvia rides through the ‘Hollywoods’