An homage to Uncle Bryan 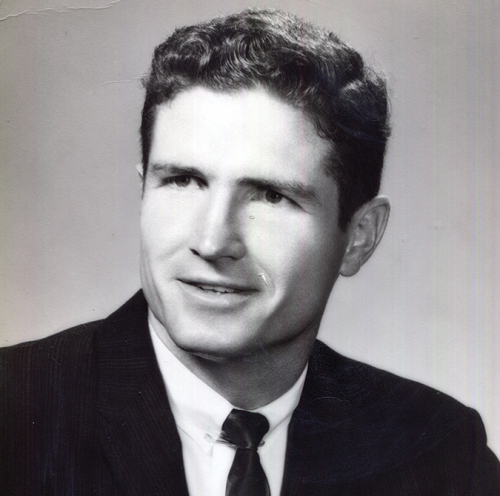 When I was 22 years old, I applied for a job as a tour guide at Warner Bros. Studios. I was living with my parents in Arkadelphia, Arkansas, and working at a news­paper called the Daily Siftings Herald, where I was assigned excit­ing stories about local chicken ordi­nances. I desperately wanted to be in the place where magic and movies happened, so when I filled out my WB job application, I neglected to mention I didn’t actu­ally live in the Los Angeles area.

I got an interview. The only rela­tives I had in the area were my Anaheim-based Great Uncle Bryan and his family. They were the ones we’d see at the occasional reunion, but really were thought of as the illusive “Californians.” I had only met them a few times, but when I needed a ride to and from the air­port, a ride to and from the inter­view in Burbank and a place to stay, Uncle Bryan and his wife, my Aunt Wanda, stepped up. My grandmoth­er’s little brother treated me like I was his own grandson.

I got that job, and now, some 12 years later, I proudly call myself an Angeleno. As I adjusted to life in this overwhelming metropolis, my Orange County family continued to be a light, a support system and a place to have Thanksgiving.

Dr. Bryan Leslie Crow was born in Weatherford, Texas, on September 15, 1933. After receiv­ing a degree in psychology at Hardin Simmons University, he earned a master’s from Southwestern Theological Seminary. He was a pastor for near­ly 50 years, ultimately founding Euclid Street Baptist Church in Anaheim in 1962. It was renamed the Garden Church in the 1990s when it relocated to Anaheim Hills. For many years, he served as the chaplain for the Anaheim Police Department, and he was known in the community as “Preacher Crow.”

He died on July 31 at the age of 88. He leaves behind his wife of 68 years, as well as his two daughters, Leslie Allen of Anaheim and Suzy Cawthon of Santa Barbara, six grandchildren and four great-grandchildren.

He also leaves behind me, an appreciative great nephew who over a decade ago needed a hand getting his life started, and now is able to serve and prosper within his own community because of the kindness of a relative who proved blood is indeed thicker than water.