Thirteen films that feel the heat

Summer has to be a peak season for The Weather Channel, more folks checking daily to determine just how much they’ll roast this week. But after tuning into the WC, perhaps consider these 13 films that see blistering summer days for what they truly are: the villain.

A dozen jurors deliberating in a small room, determining the fate of a plaintiff, their body heat rises alongside the dramatic tension. A shower might chill these hot heads, but the truth won’t wait.

‘Do the Right Thing’ – Video on Demand

The hottest day of the year pairs poorly with simmering racial tension in Spike Lee’s classic. A broken AC unit, waking up covered in sweat, humidity complaints, even some prophetic ramblings about climate change. “Well, gentlemen, the way I see it,” ML (Paul Benjamin) tells his buddies early on, “if this hot weather continues, it’s going to melt the polar caps and the whole wide world.”

You know the drill. Come the heat wave, hole up indoors and try to keep busy. Hopefully, you don’t witness a murder across the courtyard amidst your dire quest for something better to do.

California enjoys splendid beaches, incredible mountains and some of the hottest places on Earth. Death Valley makes the headlines more, but don’t forget the Mojave Desert. Frankly, the temps there compare neatly to those around us all in Southern California. That must be why a chameleon, armadillo, hawk, mole and a host of other animals can set up a Western-like society without completely frying.

Soldiers catching river waves speaks volumes about the need to cool down, but an eccentric Marlon Brando, as Col. Kurtz, delivering an insane monologue dripping with sweat and emotion is more in line with the current swelter. 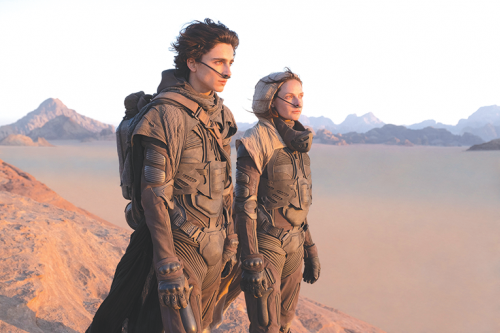 We all need desert suits that preserve our water, preserving every ounce that tries to vacate our pores. Could we figure out how to convert that tech for home use too, perhaps get back our dried-out front lawns?

‘Lawrence of Arabia’ – Video on Demand

All those landscape shots immortalizing sand for miles. “Lawrence of Arabia” features enough elements that age poorly, but the cinematography is eternal, the heat of those locations irradiating the fourth wall.

Sure, a story set in Vietnam invites higher temperatures and humidity, along with a sweating Jeff Portnoy (Jack Black) suffering from withdrawal. But how about Tugg Speedman’s (Ben Stiller) trailers for the “Scorcher” action series that begin this wacky parody of a film? It all might be for laughs, but “Scorcher” is our future, and the latest SCOTUS decision on climate change brings us one step closer to dystopian madness.

“This pop isn’t working, Benny,” says a distressed Ham (Patrick Renna), not thrilled to hit the ball around on a searing day in the summer of ‘62. “I’m baking like a toasted cheeser. It’s so hot here!” The only solution is the local pool, followed by a very questionable fake drowning ploy. At least that “toasted cheeser” line aged innocently enough.

‘The Treasure of the Sierra Madre’ – HBO Max

Working in the blazing sun blows. Doesn’t matter if buried treasure is the goal, a shovel and heat is just the worst. And oh boy does it make you paranoid. Remember that the next time you trim the hedges and lock eyes with a smiling neighbor. 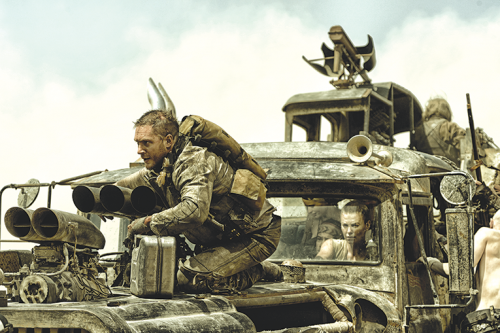 Gas is sparse. Water too. But a Bullet Farm ensures Immortan Joe’s (Hugh Keays-Byrne) rule. The only way to confront him is across desert terrain, Max (Tom Hardy) and Furiosa (Charlize Theron) working together to liberate Joe’s enslaved wives. Practical effect and brilliant writing earned this one a highway of awards and noms. But those absurdly elaborate muscle cars might ride a little slow considering the current petrol prices.

‘Stand By Me’ – Video on Demand

After a long day mowing, edging, weeding or searching for a dead body outside town with your besties, a nice dip in the river sounds like a great way to cool down. Like most attempts to quell the elements, you’ll probably end up with leeches on some delicate places.

As summer presses on, streaming classic films can provide the perfect escape. Be prepared by taking advice from Max and Tugg Speedman and beat the heat with selections from the big screen.