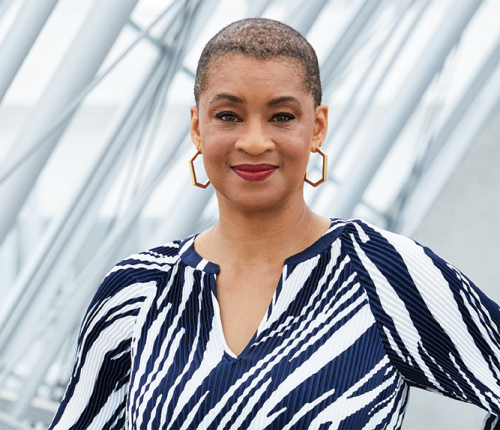 The Board of Trustees of the Academy Museum of Motion Pictures announced July 6 the appointment of Jacqueline Stewart as the institution’s director and president. One of the world’s leading scholars, curators and public educators on cine­ma, she was appointed in 2020 as chief artistic and programming officer of the museum. She assumes her duties as director and president on July 18 and will guide the vision of the Academy Museum and oversee all aspects of its operations.

She succeeds Bill Kramer, who was appointed CEO of the Academy of Motion Picture Arts and Sciences last week.

“The board warmly and unani­mously agrees that Jacqueline Stewart is the ideal choice to lead the Academy Museum into the future,” said Ted Sarandos, chair of the Academy Museum’s board of trustees and co-CEO of Netflix. “A strong and inspiring partner to Bill Kramer throughout the period leading up to our opening, she gave indispensable direction to the curatorial program that has been so widely admired. Her assumption of the role of director and president is a testament to both the intellectual heft of the Academy Museum and its institutional strength.”

“It has been a great privilege to work hand-in-hand with Jacqueline as we opened the Academy Museum,” Kramer said. “I am thrilled that we will continue to collaborate in our two new roles. I know the museum will thrive thanks to her rare combination of expertise, creativity and proven leadership. Like movie fans every­where, I am so thankful to have her guide the future of the Academy Museum.”

“Our ambition in opening the Academy Museum was to give Los Angeles and the world an unprece­dented institution for understanding and appreciating the history and cul­ture of cinema, in all its artistic glory and all its power to influence and reflect society,” Stewart said. “I feel deeply honored to have been chosen for this new role and look forward to working with our board of trustees, our COO and general counsel Brendan Connell Jr., our wonderfully talented staff, and with Bill Kramer and the Academy, as we continue to advance our mission.”

As chief artistic and programming officer, Stewart has led strategy and planning for the Academy Museum’s curatorial, educational and public pro­gramming initiatives, including exhi­bitions, screenings, symposia, publi­cations, workshops, youth programs and the Academy Museum podcast. Honored in 2021 as a MacArthur Foundation Fellow, she was a 2019 senior fellow at the Smithsonian Institution’s National Museum of African American History and Culture. Stewart’s work in expanding public understanding of cinema and bringing film history to life has included her award-winning book “Migrating to the Movies: Cinema and Black Urban Modernity,” a study of African Americans and silent cinema and her co-editorship of “L.A. Rebellion: Creating a New Black Cinema, and William Greaves: Filmmaking as Mission.” She is host of “Silent Sunday Nights” on Turner Classic Movies and co-curated the video col­lection “Pioneers of African American Cinema” for Kino Lorber.

The Academy Museum of Motion Pictures is located at 6067 Wilshire Blvd. For information, visit academy­museum.org.