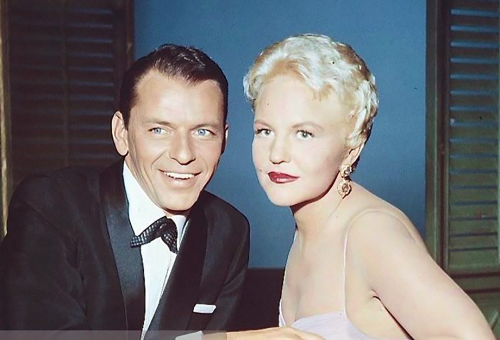 Frank Sinatra and Peggy Lee will have a special tribute at the Hollywood Bowl July 27. (photo courtesy of LA Phil)

Two iconic singers will be cele­brated by an all-star lineup at the Hollywood Bowl on July 27. One of the most popular jazz singers of the big band era, with a smoky sub­tlety that could stop the brashest band in its tracks, Peggy Lee, whose centennial was marked in 2020, sang her way to 13 Grammy nominations and two awards, including one for Lifetime Achievement, with her trademark voice. Not only did she bring a famously velvety tone to her work with Benny Goodman, scoring hits with “Somebody Else Is Taking My Place” and “Why Don’t You Do Right?,” as well as her own “Fever” and “Is That All There Is?”, she was also an accomplished writer, with songs like “Mañana” and “I Don’t Know Enough About You” earning her induction into the Songwriters Hall of Fame.

Frank Sinatra made his first appearance at the Bowl in 1943, and he made a bit of an impact.

On this very special night at the Hollywood Bowl, a pair of close friends and Capitol Records label­mates, who just happened to be two of the 20th century’s most important and influential singers, are feted by an all-star group of artists, including Billie Eilish, Debbie Harry, Dianne Reeves, Brian Stokes Mitchell, Seth MacFarlane, Bettye LaVette and Gretchen Parlato.

The concert starts at 8 p.m. For tickets and information, visit hol­lywoodbowl.com/events/perfor­mances/2009/2022-07-27/tribute-to-peggy-lee-and-frank-sinatra. The Hollywood Bowl is located at 2301 North Highland Ave.

Dance the night away during Sizzling Summer Nights at The Autry