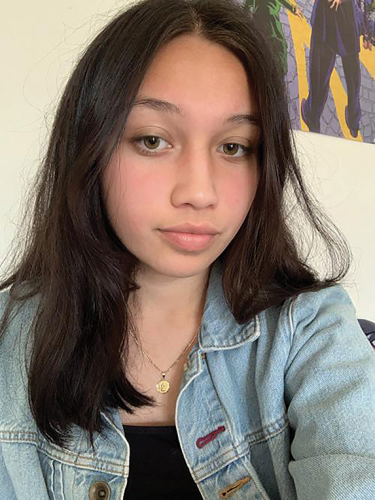 Jessica Luna, of the University of Southern California and a graduate of Larchmont Charter School, was among the 12 students from Los Angeles County chosen to be a Milken Scholar. (photo courtesy of Milken Scholars)

The Milken Scholars, a joint ini­tiative of the Milken Institute and the Milken Family Foundation, has chosen 12 students from Los Angeles County for its 2022 schol­arship program after a rigorous nomination, application and inter­view process.

Mike Milken and his wife Lori founded the Milken Scholars Program in 1989 to promote and assist young people as they navi­gate the transitions from high school to college and from college to graduate school or the world of work. Recipients receive a $10,000 scholarship, and more importantly, gain a lifelong sup­port system that includes ongoing career-related counseling, assis­tance in securing internships, opportunities for community ser­vice and a fund to assist their pur­suit of post-undergraduate career goals.

“Lori and I continue to be impressed, year after year, by the remarkable accomplishments and enthusiasm of all the Milken Scholars,” Milken said. “These amazing young men and women represent the very best of America.”

This month, the Los Angeles Milken Scholars will attend a four-day summit in Los Angeles with over 150 Scholars including new Scholars from Washington, D.C. and New York City, undergraduates and alumni facilitators.

For information about the Milken Scholars Program, visit milken­scholars.org.