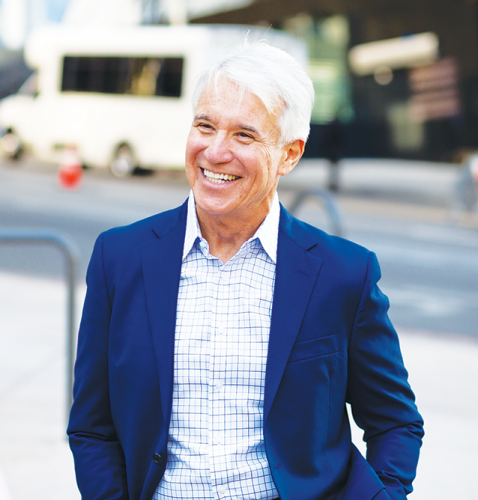 Proponents of the recall attempt of Los Angeles County District Attorney George Gascón have submitted more than 700,000 signatures for their petition, according to L.A. County Registrar-Recorder/County Clerk Dean C. Logan.

Officials in the city of Beverly Hills, where the City Council previously voted to support the recall attempt, celebrated the campaign’s success. Mayor Lili Bosse, an outspoken critic of Gascón, said she was “ecstatic.”

“This is something that I have been very much in front of right away, from the beginning, when I asked the council to do a vote of ‘no confidence’ and then, ultimately, a vote to recall him,” she said.

The Beverly Hills City Council on March 16, 2021, unanimously approved a vote of “no confidence” in Gascón. On Jan. 4, the council voted unanimously to support the recall.

Council members cited three special directives that they believe have led to increased crime – a pre-trial release policy that eliminated cash bail for misdemeanors and certain felonies, a misdemeanor policy that led to declined or dismissed charges and the removal of some sentencing enhancements.

“I’m thrilled that so many people throughout Los Angeles County came out in agreement,” Bosse said.

She noted that the proponents of the recall needed 566,857 signatures for the recall to be placed on the ballot, and the total exceeded that figure, although it’s possible some will be thrown out.

According to the press release, Logan’s office must verify the signatures by Aug. 17, and it will use a random sampling process to do so. The random sample is 5% of the required signatures, the release states.

“As I said the night of my installation … I feel confident that he will get recalled,” Bosse added. “I know that the county has 30 days to verify the signatures. I am optimistic and hopeful that the signatures will be sufficient, and I feel optimistic that when it comes on the ballot, that L.A. County will speak loud and clear that he will be recalled.”

She said she is grateful that residents “spoke very, very clearly” that “having no consequence to crime is a community in chaos.” For context, approximately 9,000 Beverly Hills residents – of the city’s 22,439 registered voters – participated in the most recent election.

“Enough is enough, and the time is now,” Bosse said, adding that she does not have a particular candidate in mind to replace Gascón. “When that time comes, I’ll be interested in looking at [other possible candidates], but first things first.”

According to the proponents, 36 cities, including Beverly Hills, have voted “no confidence” in Gascón. West Hollywood and Los Angeles are not among them.

The West Hollywood City Council has not taken a stance on the recall attempt. However, Mayor Lauren Meister said the situation is “frustrating.”

“I have heard concerns that Gascón is not tough enough on crime – that cases are not being prosecuted, and that it is affecting the ability of law enforcement to do its job effectively,” she said. “There are also concerns that some crimes are not being reported or recorded, particularly, if the perception is they will be thrown out by the D.A. It is a frustrating situation all around. I’m not sure if West Hollywood City Council will take up this issue; however, we have asked that Gascón come to one of our council meetings to address these concerns.”

A Gascón representative said the district attorney is waiting to hear the official count of validated signatures.

“This will likely take several weeks,” the representative said. “In the meantime, we remain focused on the work of keeping communities safe and creating a more equitable justice system, as we have been since Day One.”