Cy Twombly exhibit on view Aug. 2 at the Getty 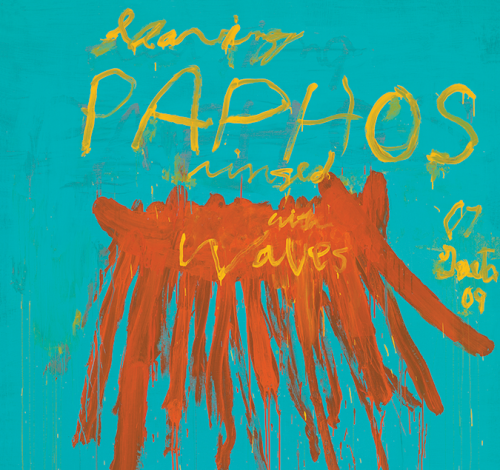 “Leaving Paphos Ringed with Waves,” a 2009 acrylic on canvas, is one of Cy Twombly’s art pieces on display at the Getty Center Aug. 2-Oct. 30. (photo courtesy of the Gagosian Gallery)

On view at the Getty Center Aug. 2 through Oct. 30, “Cy Twombly: Making Past Present,” explores the artist’s lifelong fascination with ancient culture through selections of work from different moments of his career, tracing a journey of encoun­ters and responses with classical subjects and themes. This presenta­tion also includes, for the first time in a public exhibition, marble and bronze antiquities from the artist’s personal collection.

One of the seminal abstract artists of the late 20th and early 21st cen­turies, Twombly (1928-2011) drew creative inspiration from Greek and Roman art, myth and poetry as well as archeological artifacts and ruins.

“The ancient cultures of Greece and Rome were a central point of reference and inspiration for Twombly throughout his career, liv­ing as he did for much of his life amongst the spectacular monu­ments and sculptures of the Eternal City,” said Timothy Potts, Maria Hummer-Tuttle and Robert Tuttle Director of the J. Paul Getty Museum. “Twombly was more of a free-association poet than a scholar­ly antiquarian in the ways he found to translate the heritage of classical arts and writings into the artistic lan­guage of the postwar avant-garde, making the ‘past present’ in star­tlingly immediate, vigorous and original ways.”

This exhibition of large-scale paintings, drawings, sculptures, and photographs explores Twombly’s art from across his career through the lens of ancient Greek and Roman culture. Twombly avoided centers of modern art like New York, moving to Italy in 1959. There he engaged creatively with the legacy of antiquity, infusing his work with allusions to mythology, poetry and archaeology. By explor­ing the classical past, Twombly fol­lowed a long tradition in American and European art. His great contri­bution lay in linking his understand­ing of ancient culture to late-20th-century modernist practice, translat­ing historically remote references into a bracingly contemporary artis­tic idiom.

Twombly was a reader of ancient texts and a student of mythology, poetry and philosophy. A frequent traveler and expatriate, he took inspi­ration by seeking out and living among centuries-old sites, monu­ments and artifacts. As an artist, he followed in the footsteps of famous predecessors back to the Renaissance, whose creative dialogues with antiq­uity conditioned his own.

Prieto named director of education at The Wallis