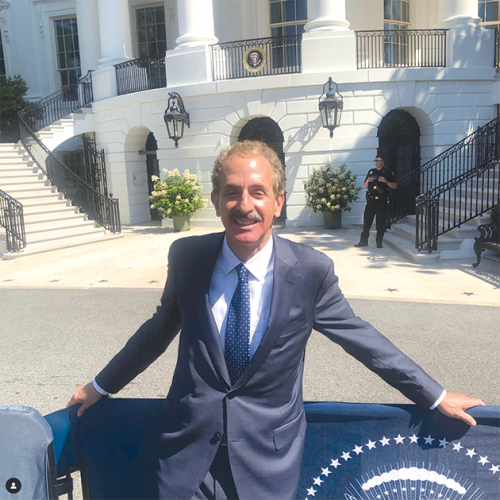 Los Angeles City Attorney Mike Feuer attended a ceremony on July 11 at the White House celebrating the passage of the Bipartisan Safer Communities Act. On June 25, President Joe Biden signed the law, which will require mental health background checks for gun buyers ages 18-21, clarify requirements for becoming a licensed gun dealer, and implement new penalties for those who purchase guns for people not legally allowed to have them. The law will also provide $250 million for community violence intervention programs and create a $750 million pool of money for states to use to strengthen gun violence protections.

Feuer, a longtime supporter of laws to promote safety and address violence caused by firearms, applauded the Bipartisan Safer Communities Act, which was co-authored by Sen. Chris Murphy (D-Conn.)

“I’m here at the White House this morning with survivors of gun violence from across the United States along with champions of violence prevention and elected officials, all standing together to celebrate the enactment of the most significant gun violence prevention legislation in the last 30 years,” Feuer said in a video recorded outside the White House. “[It includes] more funding for mental health, more funding for red flag laws to take guns from people who are a danger to themselves or others. We’re funding for school safety and things that will close loopholes that will help save lives of women across the United States, a number of critical measures for gun safety that are going protect Americans. It’s a great day. We still need to be doing so much more, but this is a significant step and it shows what we can do when people work together across the aisle to accomplish big things.”