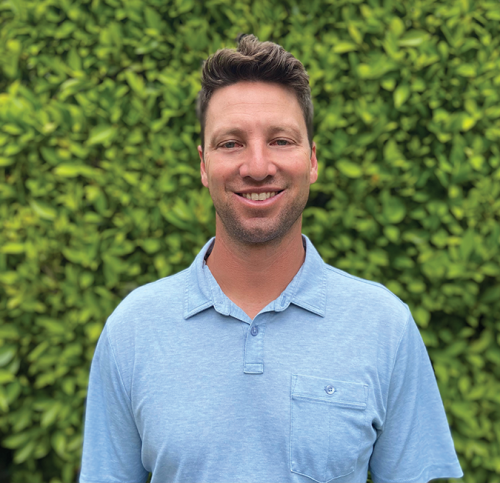 Loyola High School of Los Angeles, the oldest continually operated educational institution in Southern California, announced June 1 that it has tapped Keith Ramsey, right, to helm its baseball program. Ramsey comes to Loyola from Mira Costa High School in Manhattan Beach where he has been the head coach for six years.

“Coach Ramsey’s record at Mira Costa speaks for itself, winning the Bay League title five out of six years and elevating the program from Division 3 to Division 1,” Athletic Director Chris O’Donnell said. “Not only does he bring his high school coaching experience to our pro­gram, but he also brings the skillset from playing over 10 years of pro­fessional baseball. We are very for­tunate to have him lead Loyola’s baseball program.”

A Los Angeles native, Ramsey graduated from Loyola in 1998. At Loyola he was a baseball letter winner, team MVP and First Team All American. He then attended the University of Florida and as pitcher earned second team all SEC and UF Pitcher of the Year. Ramsey proceeded to play 11 years of professional base­ball, reaching AAA, the highest Minor League Baseball level. He was a two-time All Star and three-time champion in the minor league seasons. In addi­tion, he played winter baseball profes­sionally in the Dominican Republic, Taiwan and Italy.

“I couldn’t think of a better opportunity than to be back home at Loyola and be able to impact these young men. It’s important for our athletes to believe there is some­thing special in them and to believe in the power of ‘we.’ The biggest thing I’d like to bring to the program is a baseball community that plays for each other and has the right experience we want for our young men. Coach Buller did a great job this year and had a terrific season. I want to build on the program to where we’re competing for CIF Division 1 titles at some point and help build one of the nicest baseball facilities in Southern California,” Ramsey said.