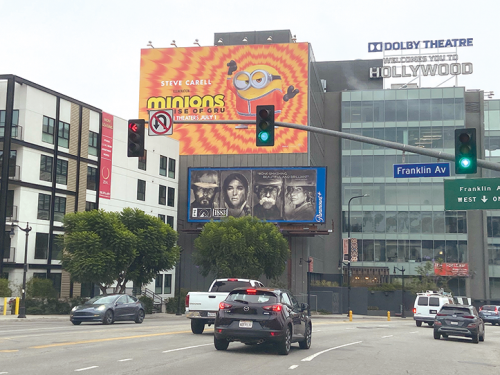 Officers arrested the suspect near Highland and Franklin avenues. (photo by Edwin Folven)

A male suspect was shot by police on June 8 in Hollywood after allegedly committing a burglary, pulling a gun on officers and attempting to carjack a victim while fleeing.

The suspect who was shot was among a trio of men who police said burglarized a residence at approximately 4 p.m. in the 2000 block of Paramount Drive. Sgt. Bruce Borihanh said officers established a perimeter in the residential neighborhood just southwest of the Hollywood Bowl and quickly located and arrested two male suspects. Witnesses directed officers to a third suspect, who ran away, he added. A foot pursuit ensued as the man ran southbound toward Highland Avenue.

“As he was running down Highland, while the pursuit was occurring, the suspect produced a handgun and an officer-involved shooting occurred,” Borihanh said. “The suspect was struck by gunfire. The suspect kept running and tried to carjack a vehicle on Highland. He was unable to carjack the vehicle and officers arrested him near Highland and Franklin.”

“No officers or bystanders were injured,” he added. “It’s an ongoing investigation.”

The officer-involved shooting is being investigated by the LAPD’s Force Investigation Division, which is standard protocol. Traffic was congested near Highland and Franklin avenues for hours as police investigated the crimes.