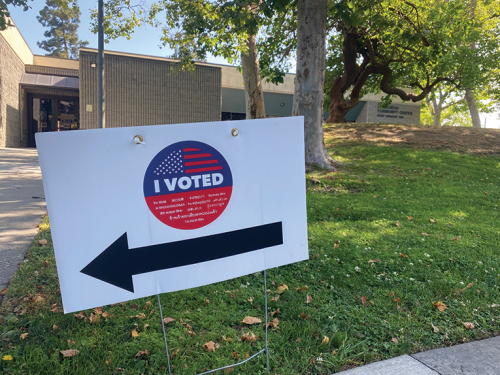 The County Registrar-Recorder/County Clerk’s Office counted 1,258,049 ballots as of June 14, representing voter turnout of approximately 22.11%. The new numbers reflect 266,166 additional ballots counted since last Friday, including many vote by mail ballots. Approximately 365,820 ballots have yet to be counted, primarily vote by mail ballots. The Registrar-Recorder/County Clerk’s Office has until July 7 to finalize the election totals.

The June 14 update showed Bass with 202,818 votes, or 41.05% of the vote, compared to 189,178 votes for Caruso, who garnered 38.29% of the vote. Los Angeles City Councilman Kevin de Leon remained in third-place with 7.77% of votes. Bass and Caruso are still poised to face each other in the Nov. 8 General Election, as neither candidate received 50% of the vote, which is required to win the primary election outright.

One of the most significant changes since last week occurred in the Los Angeles City Council’s 13th Council District, where incumbent Councilman Mitch O’Farrell was originally leading but has been surpassed by activist and union organizer Hugo Soto-Martinez. As of June 14, Soto-Martinez had 13,437 votes, or 38.35%, compared to O’Farrell with 11,871 votes, or 33.88%. The two candidates are still likely to face each other in November, as they are below the 50% threshold needed to win outright.

In the race for the Los Angeles City Council’s 5th Council District, where four candidates were vying to succeed termed-out Councilman Paul Koretz, Katy Young Yaroslavsky widened her first-place lead with 21,629 votes, or 49.35%, compared to 13,145 votes for second-place candidate Sam Yebri, who garnered 29.99% of the vote Unless Yaroslavsky passes the 50% threshold, the top two candidates will face each other in November.

Significant changes also occurred in the race of Los Angeles city attorney, where Faisal M. Gill leads with 96,127 votes, or 22.01%, and second-place candidate Marina Torres has 88,533 votes, or 20.27%. Torres was initially in first-place, but Gill took the lead in results released on June 10, and widened the lead on June 14. Hydee Feldstein Soto moved into third-place in the latest total with 86,850 votes, or 19.88%. The top two candidates will head to a runoff in November.

The likely outcome of the race for Los Angeles City Controller remained unchanged, but the new vote totals showed Kenneth Mejia had 40.73% of votes compared to 24.68% received by Koretz, and will likely head to a runoff.

In Los Angeles County elections, state Sen. Bob Hertzberg and West Hollywood Councilwoman Lindsey Horvath will likely face each other in November in the race for the 3rd District of the Los Angeles County Board of Supervisors. The new totals showed Hertzberg with 32.28% of the vote, compared to 26.92% for Horvath.

In the Los Angeles County Assessor’s race, incumbent Jeff Prang gained ground with 49.48% of votes compared to challenger Sandy Sun, who received 22.67% of the vote. If Prang surpasses 50%, he will win the election outright.

Los Angeles Unified School District Board vice president Nick Melvoin received 59.28% of the vote in the LAUSD’s 4th District, according to the new vote totals.

Candidates representing the local area received more than 50% of the vote but will face the candidate with the second highest number of votes in the November election under state and federal election laws.

The Los Angeles County Registrar-Recorder/County Clerk’s Office will provide its next regular update on vote totals on June 17.

For vote totals in all of the races in the June 7 Primary Election, visit lavote.gov.