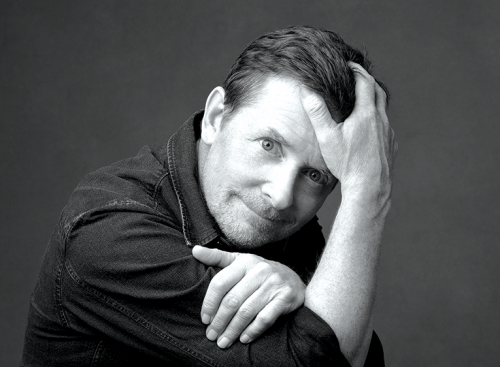 Michael J. Fox will receive the Jean Hersholt Humanitarian Award at the Academy Governors Awards on Nov. 19. (photo courtesy of the Academy of Motion Picture Arts and Sciences)

The Academy of Motion Picture Arts and Sciences announced June 21 that its Board of Governors voted to present Honorary Awards to Euzhan Palcy, Diane Warren and Peter Weir, and the Jean Hersholt Humanitarian Award to Michael J. Fox. The four Oscar statuettes will be presented at the Academy’s 13th Governors Awards on Saturday, November 19, in Los Angeles.

“The Academy’s Board of Governors is honored to recognize four individuals who have made indelible contributions to cinema and the world at large,” Academy President David Rubin said. “Michael J. Fox’s tireless advocacy of research on Parkinson’s disease alongside his boundless optimism exemplifies the impact of one per­son in changing the future for mil­lions. Euzhan Palcy is a pioneering filmmaker whose groundbreaking significance in international cinema is cemented in film history. Diane Warren’s music and lyrics have magnified the emotional impact of countless motion pictures and inspired generations of musical artists. Peter Weir is a director of consummate skill and artistry whose work reminds us of the power of film to reveal the full range of human experience.”

Fox gained fame playing Alex P. Keaton on the sitcom “Family Ties.” His hit films include “Back to the Future,” “The Secret of My Success,” “Casualties of War,” “Doc Hollywood” and “The American President.” He returned to television in his award-winning lead role on “Spin City,” followed by guest appearances in series including “Rescue Me,” “The Good Wife” and “Curb Your Enthusiasm.” His many awards include five Emmys, four Golden Globes, one Grammy, two Screen Actors Guild awards, a People’s Choice award, and GQ Man of the Year. In 2000, he launched the Michael J. Fox Foundation for Parkinson’s Research, which is now the leading Parkinson’s orga­nization in the world. He is the author of four New York Times bestselling books and the subject of a documentary from Oscar-winning filmmaker Davis Guggenheim, cur­rently in production.

Palcy is a writer, director and producer born in Martinique in the French West Indies. Her first fea­ture film, “Sugar Cane Alley,” won the Silver Lion at the 1983 Venice Film Festival, a first for a Black director. It went on to win a César Award for Best First Work, the first César won by a woman director and by a Black filmmaker. She continued her journey with “A Dry White Season” (1989), a drama made at the height of apartheid, becoming the first Black woman to direct a film for a major Hollywood studio and guiding Marlon Brando to his last Oscar nomination. Her films also include the musical fairytale “Siméon.” Palcy’s work has been an inspiration to filmmak­ers, contemporary artists and nov­elists.

Warren is one of the most prolif­ic contemporary songwriters and has written original songs for more than 100 films. She has earned 13 Oscar nominations in the Original Song category, starting in 1987 and within each of the past five decades, for songs including “Nothing’s Gonna Stop Us Now,” “Because You Loved Me,” “How Do I Live,” “I Don’t Want To Miss A Thing,” “Til It Happens To You” and “Stand Up for Something.” She has collaborated with such prominent music artists as Beyoncé, Cher, Celine Dion, Whitney Houston, Jennifer Hudson, Lady Gaga, John Legend, Reba McEntire and Carlos Santana.

A leading figure in the Australian New Wave film movement in the 1970s, Weir emerged as a visionary filmmaker with “Picnic at Hanging Rock” and “The Last Wave.” He earned Oscar nominations for Directing for “Witness,” “Dead Poets Society,” “The Truman Show” and “Master and Commander: The Far Side of the World,” for which he also received a Best Picture nomination, and earned a writing nomination for “Green Card.” His other notable films include “The Way Back,” “Fearless,” “The Mosquito Coast,” “The Year of Living Dangerously” and “Gallipoli.”

The Honorary Award, an Oscar statuette, is given “to honor extraor­dinary distinction in lifetime achievement, exceptional contribu­tions to the state of motion picture arts and sciences, or for outstanding service to the Academy.”

The 13th Governors Awards is proudly supported by Rolex, the Exclusive Watch of the Academy of Motion Picture Arts and Sciences.

For more information about the Academy, visit oscars.org.