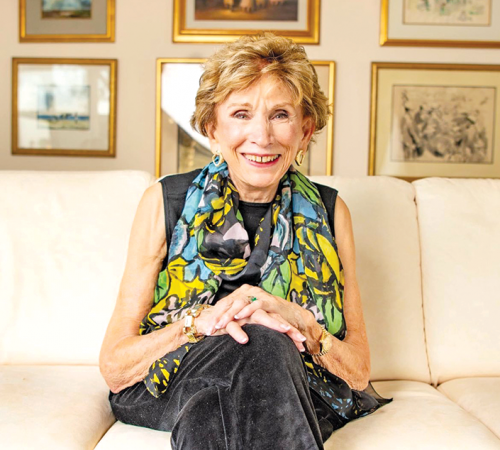 When Lili Bosse began her second term as mayor of Beverly Hills, she outlined one of her main goals: to better address mental health for residents.

The Mayor’s Mental Wellness Series will begin with guest Dr. Edith Eger, a Hungarian Holocaust survivor who immigrated to the U.S. and received a degree in psychology. Since then, she has written several books and traveled the world telling her story.

“She’s an author that [I started reading] during the COVID times, just to look for answers on how to find light during some very dark times,” Bosse said. “I had an opportunity to meet with her and spend time with her, and she is a very inspiring woman, as somebody who survived Auschwitz, and [she] really talks about courage and resilience and choice – how when we are faced with adversity, we have a choice as to how we handle it.”

She said Eger’s message is two-fold: never give up and always look for the sunshine behind the clouds.

Eger operates a clinical practice in La Jolla, and she has appeared on numerous TV shows, including “The Oprah Winfrey Show.” She was also featured in a Holocaust documentary on Dutch National Television.

In September, Beverly Hills will once again welcome author Deepak Chopra, who has long been an advocate for alternative medicine, such as meditation. He is the founder of the Chopra Foundation, a nonprofit organization that promotes research on well-being and humanitarianism.

Bosse said the city has hosted Chopra twice, and on one occasion, he led more than 1,000 individuals in meditation in front of City Hall.

“That was really incredible,” she added. “Then, we had him again during the holidays at Beverly Canon Gardens Park, and that was also completely full.”

Bosse said residents were grateful for the experience, especially since so many suffered from isolation during the pandemic.

“I do feel that when we nourish our mental wellness, we’re also nourishing each other as a community, and I think we spent so much time apart, which I do believe affected everybody, I think this is an opportunity for us to heal,” she said.

The mayor said it was important for the city to address those lingering issues head-on, so officials sought speakers who are leaders in the field of mental wellness. She said additional speakers will be announced later, and she is trying to host a series every couple of months.

“When we think of health, we think of our physical health, but to be a healthy person, it has to come from within,” Bosse added.