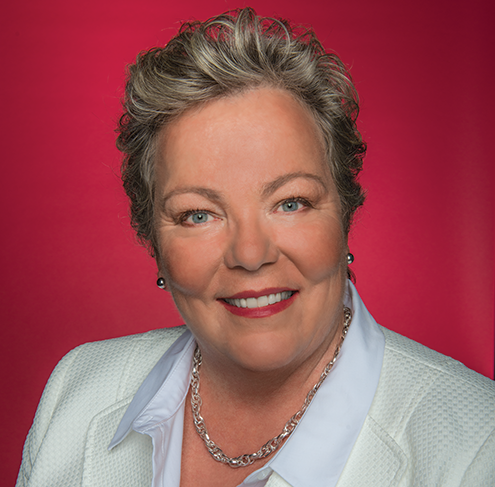 Lorri L. Jean has been known as a fierce advocate for the LGBTQ+ community since she came out in 1979. (photo courtesy of the Los Angeles LGBT Center)

Lorri L. Jean, chief executive officer of the Los Angeles LGBT Center, has long been a figurehead in LGBTQ+ activism, with a decades-long tenure at the center, powering it to become the leading organization of its kind in the country. Now, 29 years after she first took the reins as the nonprofit’s leader, Jean is retiring.

“When I first got here, and I was 35 years old, I did nothing but look at the future,” Jean said. “I thought about all the dreams that I had for the center and for our movement, and it seemed like I had all the time in the world to try to make them happen. This has been a labor of love, and we’ve achieved a lot, but now I’m looking back. I get credit for a lot of things, because I’m at the helm, but I am so aware of the fact that I have not done any of this alone. I’ve done it thanks to people like [the center’s chief of staff Darrel Cummings] and our staff and this community that supports this organization more generously than any other community supports their centers.”

This isn’t the first time Jean has stepped down from the center, having walked away in 1999 after she hit what she called the “burn out” point.

“We felt like we need to work, pedal to the metal, as hard as we can for as long as we can, and we’ll achieve a ton, we’ll help a ton of people, and when we burn out, it’ll be time for the next people to come on and do that,” Jean said. “And that’s what we did the first six years. It was 80-hour weeks, 85-hour weeks. I once looked at my time sheet one year, in the ‘90s, and aside from when I took vacation, I never had a weekend day off. We were driven. This was our passion.”

Jean then served as the executive director at the National Gay and Lesbian Task Force. It was not long afterwards, though, that the center again asked Jean to step in as CEO. In the 1990s, during Jean’s first tenure, the organization quadrupled in size, but it struggled after she left. So, Jean and Cummings returned to the center in 2003. Now, nearly 20 years later, Jean is leaving the center in the best shape it’s ever been in, with a new CEO that has been on-the-job training for a year.

“Even though it was unusual and some people worried that we wouldn’t find candidates that were willing to overlap for a year, we didn’t suffer from a lack of candidates,” Jean said. “We had a national search, and I knew all of the candidates but one. I did not have a vote. The board asked me to help the staff, so I helped staff the search committee as they went through the process. I felt so relieved because I knew that if either of [the two finalists] were hired that they had a strong enough record of leadership and management that I felt they could do this. So ultimately, Joe Hollendoner was hired.”

Jean said Hollendoner got up to speed so quickly with the position that in late-January she gave him her office and moved down the hall to a “touch down” space and has progressively turned more duties over to him.

Letting go of the most central service position of her life is a big step for Jean, who has spent her life fighting for other’s rights. Early on, Jean’s parents emphasized the importance of helping out those less fortunate.

“My mom says that from the time I was a little girl that I was always a fan of the underdog, and that I had a keen sense of injustice before I really even understood how that might be applied in the larger context.”

Jean’s family went through hardships early in her life.

“I grew up on a farm, and my mother would’ve said we didn’t have two pots to pee in,” Jean said. “We lost our farm. We lost our home. We were homeless for a little while, but that Christmas when my folks had nothing, my mother pulled together a basket of different gifts for us to give, I was the eldest of three … to a family that was worse off than us.”

When Jean later asked her mother why she had the family do that act of service, her mother told her that it was important that they learn not only to help each other, but to learn that there were some people who were even less fortunate.

This impoverished, humanitarian upbringing ran simultaneously with the budding knowledge that Jean felt different than those around her.

“In retrospect, I’ve concluded that there must have been something inside me that knew both the gender discrimination that I would face but also that I was going to be different,” she said. “That somehow, I needed to stand up and help people who were different.”

“I came out my last semester of college [at Arizona State University]. I was very active in campus politics, and I ran the campus feminist organization called the Women’s Affairs Board as a work-study student/volunteer sort of thing. And everyone thought I was a lesbian, everyone who knew about being LGBT … but I didn’t. And there was a professor who tried to set me up with another woman student, and that flipped me out.

“I was like, ‘A woman! You’re trying to set me up with a woman?’ And this then prompted all of these conversations with her about how it could be that I was a lesbian, and I never really thought about it. I went through this whole examination, and ultimately came out in February.”

Almost immediately, Jean was thrust into gay and lesbian activism. She was the lead plaintiff in a landmark lawsuit against Georgetown University, where Jean pursued her juris doctorate degree, that prevented the school from discriminating on the basis of sexual orientation. The litigation took nine years, and by the time it was settled, one of Jean’s fellow plaintiffs was dead. Another passed away soon after. Both men died of AIDS.

As the AIDS epidemic reached a fever pitch, and as the federal government’s slow response to it led to the disease’s proliferation, Jean found herself thrust in activism in an entirely different way.

“During this particular period of activism, there were some gay men in town who spotted me and saw some of the things that I was doing, and they got me involved in a group called the Gay and Lesbian Education Fund, which ultimately led me to becoming the president of [what would become] the Gay and Lesbian Activists Alliance. And that was right at the beginning of the AIDS [epidemic]. And then I began to see all these men that I had been working with, been doing activism with, had grown to love, get sick and die. Back then, no one in the federal government was lifting a finger to help, except for [Dr. Anthony] Fauci. The [Washington, D.C.] mayor appointed me to run the Washington Committee on AIDS Issues, and we began to fight for decent treatment and stopping discrimination. The number of beds I was called to as someone lay dying to help them do their paperwork, or the number of times that someone had died and a core of us went to their apartment to de-gay it before their family arrived because that had been the request of the person who had died.”

The importance of LGBT centers took on an entirely new meaning, with vital services for gay men in short supply. Meanwhile, Jean had become the deputy regional director of the Federal Emergency Management Agency, making her the highest-ranking LGBT person in the federal government. Going from FEMA to what-was-then-known as the Los Angeles Gay and Lesbian Center not only was a pay cut for Jean, but it also left her future career in potential jeopardy.

“Some of my mentors told me, ‘We don’t think you should do this, because we don’t think you can get a job in the mainstream sector after you do this. You’ll be stuck.’ That was a scary thing to contemplate, but there’s an advantage to doing this when you’re young, and so I thought, ‘Oh, well. I’ll be fine.’ Because I so wanted to do it,” Jean said.

Alongside Cummings, Jean helped grow the fledging center exponentially over her two tenures as CEO. Under her leadership, entire campuses and additional service organizations have been born. The center now has 10 facilities throughout the Los Angeles area, helping to serve communities far beyond its Hollywood base. Jean also fought to start AIDS Life/Cycle, which has raised $309 million over its 28-year history. Each year, Jean is a “roadie” who rides in the caravan alongside the bicyclists, helping entertain them at pitstops along the way.

“I had to persuade the board to … try it, and we never really looked back,” Jean said.

As for what’s next on her journey, Jean said she’ll be taking a couple years to rest. While she has received many offers to serve on various boards, so far she has a said

“no” to each opportunity, ready to enjoy a well-deserved break after decades on the frontlines.

Jean and her wife Gina Calvelli will be splitting their time between their condo in Maui, traveling and, yes, Los Angeles.

“L.A.’s always going to be home to us, and that’s why we want to spend the summers here and be around people that we love. I’m gonna sort of stay out of Joe’s hair for a little while, but I imagine coming back from Maui to go to the center’s events now and again, and see how everything’s going and be a cheerleader from the sidelines.”

And the center will always hold a place in Jean’s heart.

“I’m just in awe of this organization still. After all these years, I’m in love with this organization. I’m going to miss it, but I have 100% confidence that it is going to continue just as it always has, long before I got here, and as it will long after,” Jean said.

Alma Cocina de Mexico reels in diners at The Grove