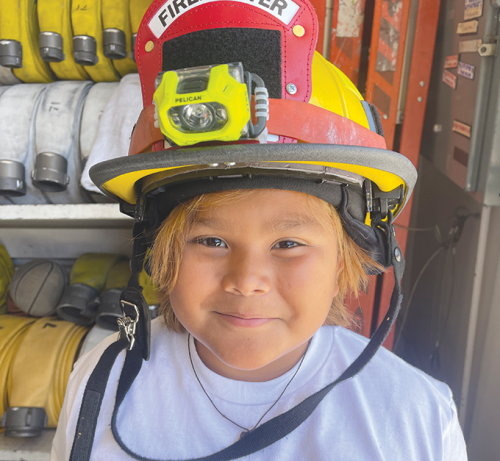 The First-In Fire Foundation celebrated firefighters in the 4th and 5th City Council districts on June 14 on Flag Day. The founda­tion delivered flagberry pies made with blueberries and strawberries from Du-par’s Restaurant and vanilla ice cream from Local Ice, both at the Original Farmers Market, to local fire stations. The deliveries were part of the founda­tion’s Firehouse Dinners program and were made in partnership with the offices of Councilmembers Paul Koretz, 5th District, and Nithya Raman, 4th District.

“Thank you very much for the ice cream and pies,” said Capt. Doug Noonan, of Fire Station 61 at 5821 W. Third St. “It’s a simple, classic gesture of appreciation that we value so much. We look for­ward to enjoying them.” 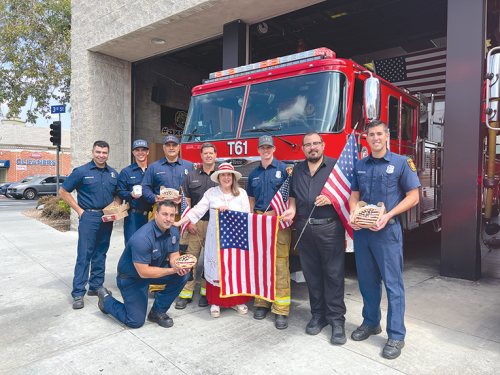 “It is our pleasure and honor to deliver pies, patriotism and friend­ship to our local fire stations on Flag Day,” First-In Fire Foundation president Lyn MacEwen Cohen said. “We salute local firefighters’ courage as a reminder that the local community truly cares.”

Frances Tario, owner of Du-par’s brought along her son, Royce, 10, to meet the firefighters.

For information and ways to support firefighters, call (323)933-8164, or visit firstinfirefounda­tion.org.