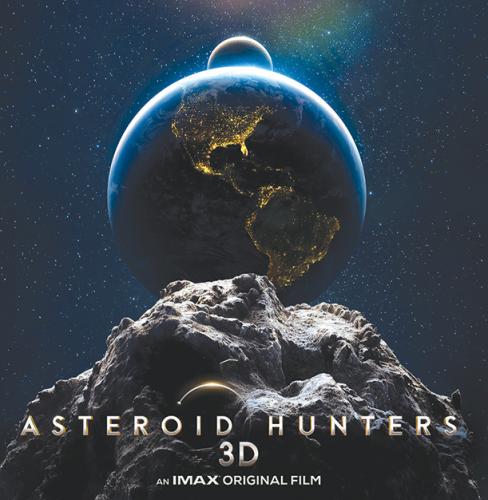 “Asteroid Hunters 3D” explores asteroids and the potential threats they pose to Earth. (photo courtesy of the California Science Center)

Narrated by Daisy Ridley, the film takes audiences on an adventure into deep space for a fascinating look at asteroids, their cosmic origins and the potential threat they pose to Earth. Meet asteroid scientists and discover the cutting-edge tools and techniques they use to detect and track asteroids, and the technology that may someday protect the planet.

The effects of an asteroid impact could be catastrophic, and while the current probability of such an event occurring is low, the potential consequences make the study of asteroids an incredibly important area of scientific research. Witness the latest in planetary defense and how science, ingenuity and determination combine to explore and prevent a potentially astronomical disaster.